WHY ONE NIGERIA IS ‘POISONOUS’. 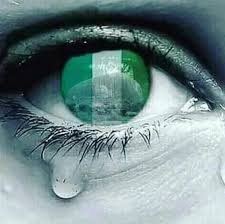 The adherents of one Nigeria, no doubt, know the true nature of the real Nigeria, which like every bitter pill is coated or laced with some sweetened materials; or like whitened sepulchre which within rather harbors inequities upon inequities of poisonous junks. “One-Nigeria” is poisonous.

One America, one Britain, one Ghana, one Rusia, one China, one this, one that. Wait a minute; how many times do you hear such expressions relayed on TV, or broadcast on radios, or scribbled on Newspapers? Why are Nigerians being ever and ever again inundated with that monotonous jingle of ‘one Nigeria’ as if by repeatedly saying that Nigeria willy nilly becomes and remains glued together as ONE? In fact such expression of oneness serves as a camouflage to subtly hide what I may call the adult act of mischievousness, or rather, the mischievousness of the adult activity.

The adherents of one Nigeria, no doubt, know the true nature of the real Nigeria, which like every bitter pill is coated or laced with some sweetened materials; or like whitened sepulchre which within rather harbors inequities upon inequities of poisonous junks. “One-Nigeria” is poisonous. This is the observation of most Nigerians; especially the people of the Eastern region of the country. They state that one-Nigeria is as poisonous as hemlock, brewed to be used to emasculate the people of that region; to render them impotent, senile, and beggarly dependent on the crumbs off the tables of the other regions of the country.

Now, when I asked further questions as to what concrete evidence they may have to buttress their fear for one-Nigeria, these are what they voiced out:

FACTS SPEAK FOR THEMSELVES:

These people of the East must be slowed down in all areas of development; be it in the area of economy, science and technology, education in general, or even religion. One best method of achieving some of these objectives is to adopt what is called “quota system”. This quota system, in no small measure, limits the number of the intelligent and eligible students from the East gaining admissions into the various institutions of higher learning in the country. Mark you, quota systems are employed in areas that shall spell maximum damage and retardation to the Easterners of Nigeria; such areas also include the different categories of the military force. But no one talks about applying quota system to the building   of seaports for example . And in their skewed wisdom, they came up with the idea of building (and is already being built) “a dry port” in the Northern part of Nigeria as a solution to decongesting the Lagos seaport. Hearing about this development, an outsider would think it is only at Lagos that access to the ocean water ways is possible. What a display of adult mischievousness. Guided by their policy of impoverishment to the South-Easterners of the country, they totally ignored all the potential seaport water ways in the South-Eastern areas, only to go up north, closer to Sahara desert, to build what they called “dry port”.

One-Nigeria is poisonous to the Easterners of Nigeria: To be able to secure a good federal job, your best option would be to change your name and adopt other names from the other regions of the country; an Hausa, or a Yoruba name. Basic ammenities must be denied them so as to make their lives miserable. Make laws that would prevent them from even trying to help themselves. Deny them the opportunity to repair or maintain their major high ways by tagging them “federal roads”. Deny them the opportunity to build their own power generating sources, because that, if built, would facilitate their technological growth, which they are good at, and which if built would boost their entrepreneurial industries, leading to the generation of employment to their teaming youth population. No, none of that; instead, let their youths scamper and wander to all the ends of the earth, and at worse, to the other regions of the country, in search of greener pastures for themselves and their families.

These and many more constitute the Easterners’ grievances, and hence their reason for maintaining that one-Nigeria is poisonous to their people. The big question is: are there plans on ground to address these concerns???