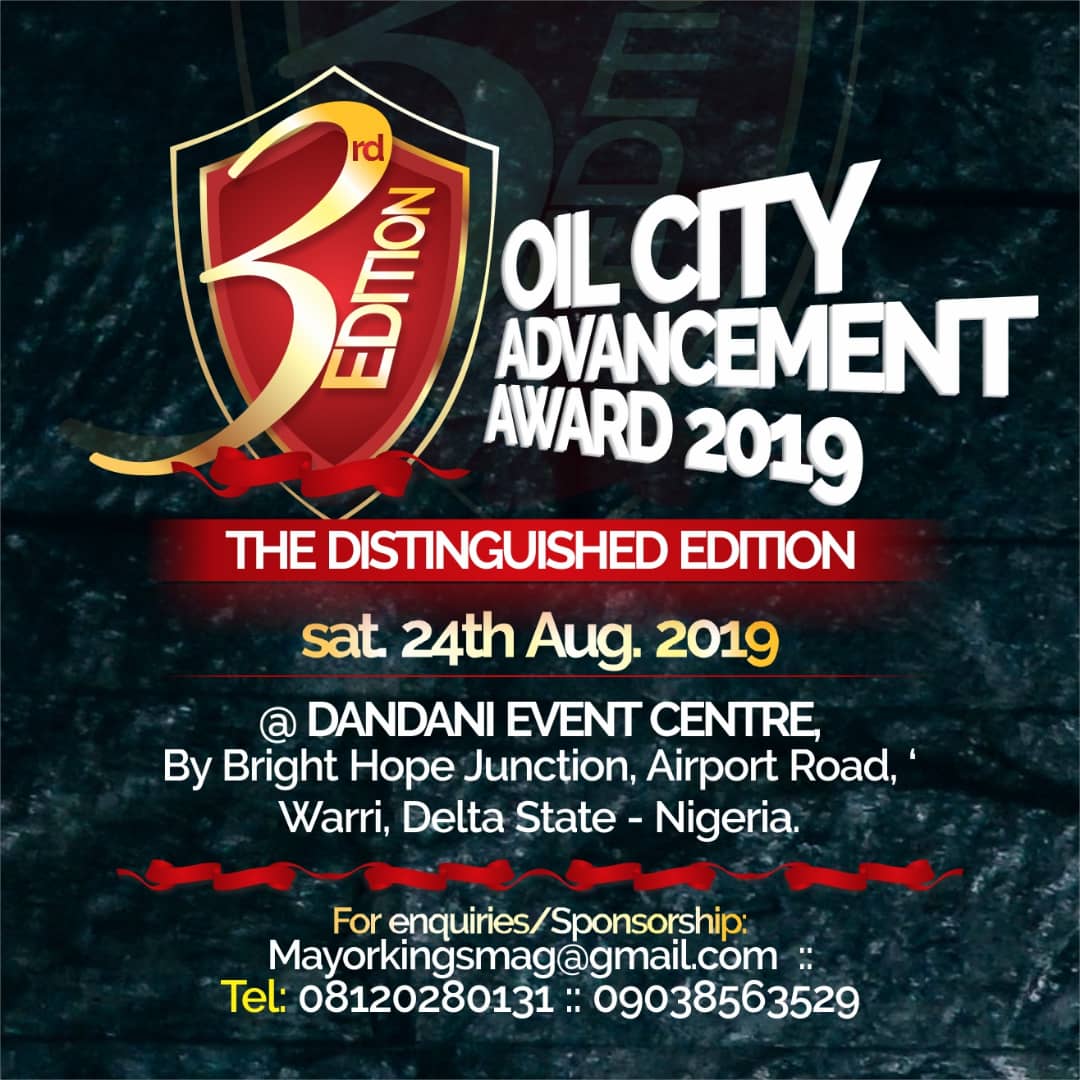 A vocal good governance advocate in the Niger Delta, Chief Eze Chukwuemeka Eze, has declined accepting the Oil City Advancement Awards 2019, citing personal reasons. Eze, according to the organisers of the awards, had been nominated due to his “immense contributions towards humanity and service towards ensuring peace, development and advancement of  the Niger Delta region”.

However, responding to the award offer, Eze, who is a chieftain of the All Progressives Congress (APC) and an opinion moulder in the oil-rich region, said he had to turn the offer of award down for now so he could work more dedicatedly and become more worthy of the honour in future, even as he expressed gratitude to the award organisers.

According to him, he had not achieved his actual mission in the region, which he said is to ensure the total enthronement of genuine democracy, through the election of APC government in the entire region, adding that until he achieves this, he would not consider himself as being ready to accept an award for his inputs to what Niger Delta region is at the moment.

He also reassured the people of the region that he will not relent in his struggle to ensure that the region benefits from what is due to her in the politics of Nigeria being the main source of the wealth of Nigeria.

“I will beg to decline accepting this prestigious award at this time for reasons surrounding my devotion and the need to give more of my time to ensuring that the people of the region get a deserving good governance”, he said.