Woe to You Scribes and Pharisees (Part 3) 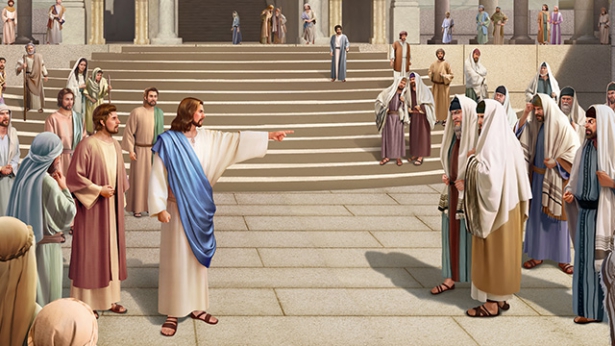 One of the most difficult thing to do is to correct someone older than you or one whose primary job is that of correcting others. It is a task that requires true courage and even the willingness to risk one’s life. For his harsh reproaches of the Scribes and Pharisees, Jesus earned Himself so much hatred that eventually culminated in His arrest, false accusation, hasty trial and crucifixion on the Cross of Calvary.

Jesus would have tried to be quiet (or even diplomatic), but He said the truth just as it is. This is one important lesson we must learn from Jesus who told us “Do not fear those who kill the body but cannot kill the soul; rather fear him who can destroy both soul and body in hell” (Matthew 10:28).

When it comes to correcting our religious leaders, there is a tendency for us to quote passages such as “Touch not my anointed ones, and do my prophet no harm” (1 Chronicles 16:22 & Psalm 105:15). In truth, the greatest harm we can do to God’s anointed ones and prophets is our failure to tell them the truth or to pretend before them; that is, to praise them in their presence only to go behind them and start complaining. In our attempt not to touch them, we inflict great blows by not saying the truth just as it is. Anyone who cannot tell you the truth is not your friend.

In today’s Gospel passage, Jesus speaking in love told the Scribes and Pharisees to their face how they cared more about their public image while their hearts were full of iniquity. Jesus likened them to whitewashed tombs which were beautiful to look at from the outside, but were full of dead men’s bones inside. It was another way of saying, people get attracted to the Scribes and Pharisees hoping they would lead them to God but the closer they get, the farther away they go from God. Jesus had to warn the people: “The scribes and the Pharisees sit on Moses’ seat; so practice and observe whatever they tell you, but not what they do; for they preach, but do not practice” (Matthew 23:2-3). If people get close to me, will they see something different from what I portray in public?

Jesus also condemned the fact that the Scribes and Pharisees had a practice of adorning the tombs of the prophets who were persecuted for their righteous deeds saying if they were alive years before, they would not partake of such, meanwhile, they were so filled with hatred for Jesus and would eventually see to His death. This means that they were not better than their ancestors who killed the prophets. The question is: “How do I react when someone tells me the truth?”

In today’s first reading, St. Paul writing to the Thessalonians stated: “For you remember our labour and toil, brethren; we worked night and day, that we might not burden any of you, while we preached to you the gospel of God. You are witnesses, and God also, how holy and righteous and blameless was our behaviour to you believers” (1 Thessalonians 2:9-10). There is a difference between giving with a cheerful heart and giving with a fearful heart. If we give only out of fear, then such giving has become a burden and as St. Paul says, the minister must work hard to avoid becoming a burden to the people.

Above all, as leaders in our various walks of life, we must be holy, righteous and blameless in our behaviour. This entails avoiding a secret life rather than trying to put up a show. For there is “nothing is covered up that will not be revealed, or hidden that will not be known” (Luke 12:2).

Finally, today we remember the great African Bishop and Doctor of the Church, one from who was influential in the development of Christianity. Saint Augustine was born in Numidia. His family were ethnic North Africans (the Berbers). His father was a pagan, but his mother was a devout Christian. His mother had a strong influence on the young Augustine and did her best to instruct him, but she kept praying to God for his conversion. While following the way of the world, Augustine developed an interest in philosophy and became an expert in Latin and rhetoric.

In 386, at the age of 31, he made a formal conversion to Christianity. Augustine was baptized with his son by Bishop Ambrose in April 388. His mother died shortly after his event. Afterwards, they returned home to Africa, where his son Adeodatus died shortly after. Augustine gave away his wealth to the poor and converted his house into a monastic foundation for himself and a group of like-minded Christians. In 391, he became the Bishop of Hippo and for the next 39 years became an influential preacher, often speaking against his former religion of Manichaeism.

In the last half of his life, Augustine was noted for his piety – shunning his former hedonistic lifestyle and living a life of simplicity and devotion. He was canonized in 1298 by Pope Boniface VIII.

Let us pray: Lord Jesus, give us the grace to practice what we preach, Amen.