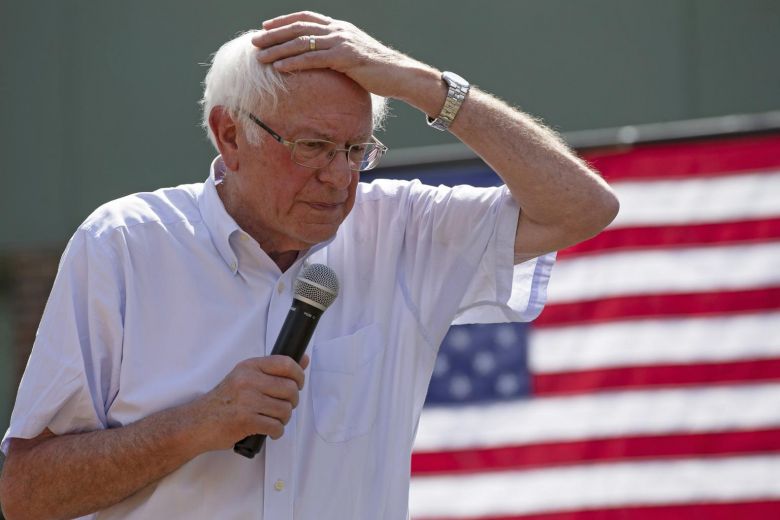 Sanders had surgery performed to treat blocked artery, having stents inserted after suffering chest pains on Tuesday. United States presidential candidate Bernie Sanders had a heart attack, his campaign confirmed on Friday as the Vermont senator was released from a Nevada hospital. The 78-year-old was at a campaign event on Tuesday when he experienced chest discomfort and was taken to a hospital where it was determined that he had suffered a heart attack. Doctors inserted two stents to open up a blocked artery in his heart, according to a statement from the Las Vegas doctors, who said the rest of his arteries were normal.

The statements from Sanders and his doctors do not indicate whether his heart suffered any permanent damage, or the extent of it. The campaign also released a statement from Sanders where he thanked the doctors, nurses and hospital staff. “After two and a half days in the hospital, I feel great, and after taking a short time off, I look forward to getting back to work,” he said.

Hello everybody! We’re in Las Vegas. I’m feeling so much better.

Thank you for all of the love and warm wishes that you sent me.

See you soon on the campaign trail. pic.twitter.com/nk3wWIAuE7

Soon after, he posted a video on Twitter showing him standing at a Las Vegas park with his wife. “I just got out of the hospital a few hours ago and I’m feeling so much better,” Sanders said. “See you soon on the campaign trail.” Sanders’s campaign said he would participate in the fourth Democratic debate on October 15.

This marks the second time in two months that health problems forced Sanders to cancel campaign events. In September, he backed out of some appearances in South Carolina because he lost his voice. His campaign said at the time that Sanders felt fine. As the oldest candidate in the Democratic 2020 field, Sanders has sometimes jokingly referenced his age on the campaign trail.

He is one of three septuagenarians who are leading the crowded race and have sparked questions within the party about whether Democrats need to coalesce around a younger leader. Younger candidates, such as 37-year-old South Bend, Indiana Mayor Pete Buttigieg, have said it is time for a new generation to lead the Democratic Party and the country. Former Obama Housing Secretary Julian Castro appeared to make a jab at 76-year-old former Vice President Joe Biden’s age during the September debate. “Are you forgetting what you said two minutes ago?” the 45-year-old asked.

Former President Jimmy Carter, who turned 95 this week, recently said he hoped there would be an “age limit” for the presidency and said he did not believe he could undertake the duties of the job if he were just 80. Democrats know that if they nominate one of the candidates who is 70 or older, it will be hard for them to use 73-year-old President Donald Trump’s age against him. Sanders, Biden and 70-year-old Massachusetts Senator Elizabeth Warren have all pledged to release updated medical records.