The International Criminal Court sentenced Congolese rebel chief Bosco “Terminator” Ntaganda to 30 years in jail for war crimes and crimes against humanity on Thursday, the highest ever penalty issued by the tribunal. Ntaganda was convicted in July of offences including murder, sexual slavery and using child soldiers in a mineral-rich region of the Democratic Republic of Congo in the early 2000s. Most of the charges against Rwandan-born Ntaganda, 46, related to a series of gruesome massacres of villagers carried out by his fighters. “Murder was committed on a large scale,” presiding judge Robert Flemr said, adding that the Hague-based court had taken the “particular cruelty” of some of Ntaganda’s actions into account.

“The overall sentence imposed on you shall therefore be 30 years of imprisonment.” But while the judges gave him the maximum sentence allowed by the ICC in terms of the number of years, they said that “despite their gravity” his crimes did not warrant a full-life prison term. Ntaganda, dressed in a blue suit and shirt and wearing a red tie, showed no emotion as the sentence was passed in the high-security courtroom. An ICC spokesman confirmed it was the heaviest ever sentence handed down to date by the court, which was set up in 2002 to try the world’s worst crimes. Ntaganda has appealed against his conviction earlier this year on 13 counts of war crimes and five of crimes against humanity—which saw him become the first to be convicted by the ICC of sexual enslavement. 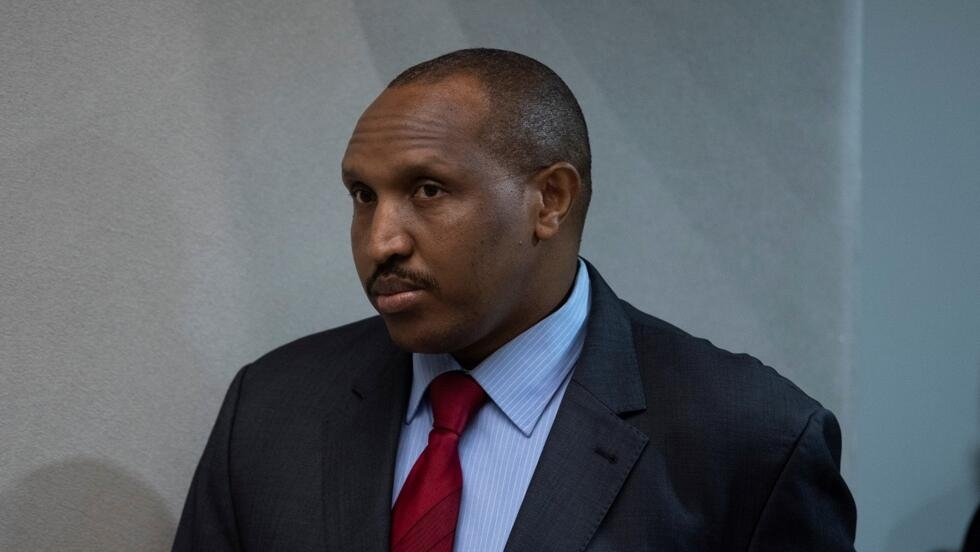 Human Rights Watch welcomed the prison term. “Bosco Ntaganda’s 30-year sentence sends a strong message that even people considered untouchable may one day be held to account,” said Ida Sawyer, deputy director of Human Rights Watch’s Africa division. “While his victims’ pain cannot be erased, they can take some comfort in seeing justice prevail.” A refugee from the 1994 genocide of Tutsis in Rwanda, Ntaganda emerged as a ruthless driver of ethnic Tutsi revolts that subsequently convulsed neighbouring DRC. Judges said Ntaganda was a “key leader” of the Union of Congolese Patriots rebel group and its military wing, the Patriotic Forces for the Liberation of Congo (FPLC), in the DRC’s volatile Ituri region in 2002 and 2003.

More than 60,000 people have been killed since the violence erupted in Ituri, according to rights groups, as militias battle each other for control of mineral resources. The court heard fearful villagers dubbed him “Terminator”, after the Arnold Schwarzenegger film about a merciless robotic killer, during two bloody operations by Ntaganda’s soldiers against civilians in rival villages in 2002 and 2003. Fighters loyal to him carried out atrocities such as a massacre in a banana field behind a village in which at least 49 people including children and babies were disembowelled or had their heads smashed in.

Ntaganda received a series of sentences ranging from eight to 30 years, with ICC rules saying that the overall prison term must reflect the highest individual sentence. He got 30 years for murder and attempted murder, with judges saying he was directly guilty of the murder of a Catholic priest and indirectly responsible for many others by directing the military offensives. He also received a 30-year sentence for persecution. Ntaganda further received 28 years for the “systematic” rape of “women, girls and men” including girls aged nine and 11; a sentence of 14 years for the sex slavery of child soldiers recruited by his group; and 12 years for the sexual enslavement of civilian children.

Judges said they found no mitigating factors, despite defence arguments that he was himself a victim of the Rwandan genocide. Ntaganda—known for his pencil moustache and a penchant for fine dining—said during his trial that he was a “soldier not a criminal” and that the “Terminator” nickname did not apply to him. After the Ituri conflict, Ntaganda was integrated into the Congolese army and was a general from 2007 to 2012, but then became a founding member of the M23 rebel group in a new uprising against the government.

In 2013 Ntaganda became the first ever suspect to surrender to the court, walking into the US embassy in the Rwandan capital Kigali and asking to be sent to the Netherlands. Ntaganda is one of five Congolese warlords to have been brought before the ICC, and his former FPLC commander Thomas Lubanga was sentenced to 14 years in jail in 2012.His conviction was seen as a boost for the ICC after several high-profile suspects walked free. The court has also been criticised for mainly trying African suspects. (France 24)