A Nigerian newspaper has called President Muhammadu Buhari’s administration a dictatorship because of its alleged human rights violations and “disregard” for democratic institutions. In a scathing editorial published on its website on Wednesday, the Punch newspaper said it could no longer ignore the activities of security agencies under President Buhari, which it said had resulted in attacks on the media, citizens and civil society in the country. The news site said it will now address Buhari with his military title, and his administration will be described as a regime. 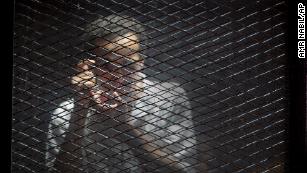 The number of journalists jailed for their work is near record highs “Until he and his repressive regime purge themselves of their martial tendency therefore, PUNCH will not be a party to falsely adorning it with a democratic robe, hence our decision to label it for what it is — an autocratic military-style regime run by Major General Muhammadu Buhari (retd),” the editorial said. The independent newspaper cited the arrest and detention of Nigerian activist Omoyele Sowore and Muslim cleric Ibrahim Zakzaky and the authorities’ “disregard” of court orders granting the release of detainees held by the country’s security forces for its decision. Buhari has come under fire over the arrest of Sowore and his government has been accused of clamping down on dissent. Sowore, the publisher of US-based site Sahara Reporter, was arrested alongside another activist Olawale Bakare by the Department of State Security and has remained in custody despite court orders granting him bail. 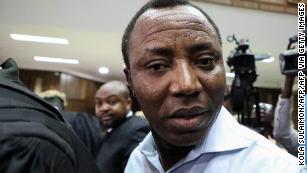 Nigeria faces backlash over the arrest of a US-based activist and journalist. The journalist-turned-politician is facing treason charges for organizing a nationwide protest against the government in the West African nation. Presidential spokesman Femi Adesina said the newspaper’s stand was proof of Buhari’s commitment to free speech and press freedom in the country. He added that Buhari attained his military rank through hard work, and the news platform was well within its rights to address him as such. “Nothing untoward in it. It is a rank the President attained by dint of hard work before he retired from the Nigerian Army. And today, constitutionally, he is also Commander-in-Chief of the Armed Forces,” Adesina said in a statement. President Buhari first ruled Nigeria in 1983 as a military head of state. He returned as a democratically elected president in 2015 and won a second term this year. (CNN)