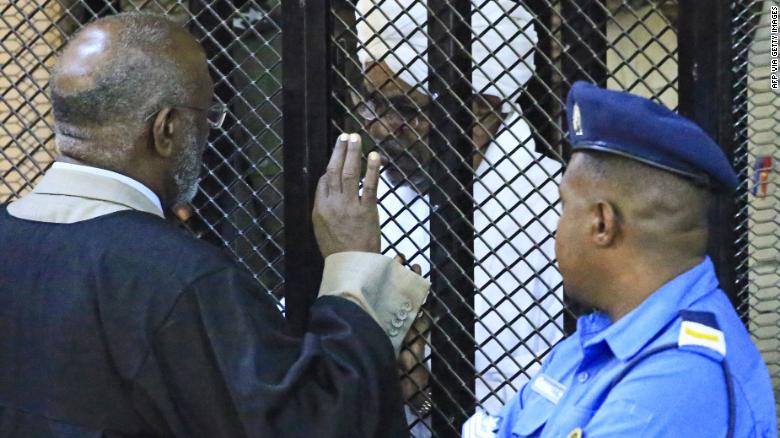 Ousted Sudan President, Omar al-Bashir, sits in a defendant’s cage Saturday. Former Sudanese President Omar al-Bashir has been sentenced to two years in a correctional facility after being found guilty of corruption and illegitimate possession of foreign currency. The 75-year-old dictator will be sent to a correctional facility, as anyone over the age of 70 cannot go to prison under Sudanese law. Bashir was still held in the maximum-security Kobar Prison while he faced these charges — and will return there on Saturday as he faces another upcoming trial. 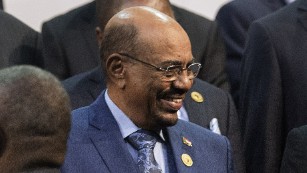 Omar al-Bashir Fast Facts
The former leader, who appeared in a metal cage inside a courtroom in the capital Khartoum, will next face a charge of plotting the 1989 coup that brought him to power.
Once this separate verdict is delivered, he will then serve the two-year correctional facility sentence handed down Saturday — along with any additional sentences.
Bashir’s defense team was escorted out of the courtroom ahead of Saturday’s verdict, after it disrupted the judge, standing up and shouting “this is just politics,” a CNN journalist at the trial reported.
Beyond those two cases, Bashir has not yet been charged with the 2019 crackdown that left scores of protesters dead and toppled his regime. If he is charged with the killings in that crackdown, Bashir could face the death penalty.
While Sudanese law prohibits anyone over 70 facing the death penalty, it could still be invoked in some particularly serious crimes, regardless of age.

Bashir was ousted in a military coup in April following a lengthy popular uprising. Under his iron grip, an entire generation grew up in the shadow of war, where the threat of torture in infamous “ghost houses” was never far away, and press freedom nonexistent. The dictator has been imprisoned in the same notorious Khartoum jail where generations of political dissidents were held under his three-decade rule. 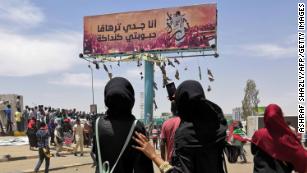 They tried to use rape to silence women protesters. It didn’t work. Following his ouster, the Transitional Military Council (TMC) moved in, announcing a three-year transitional period. But protesters continued their call for civilian rule. Sudanese women played a pivotal role in the protest movement — by some estimates accounting for up to 70% of demonstrators. An investigation earlier this year revealed that was a systematic attempt from soldiers to target female protesters, who were taken to secret detention sites, photographed naked, and in some cases raped. (CNN)