Prince Andrew attended a private Christmas Day church service with his family Wednesday, pictures from the Queen’s Sandringham estate showed. The 59-year-old — who is also known as the Duke of York — walked to St. Mary Magdalene Church alongside his older brother, Prince Charles. Andrew has kept a low profile since his withdrawal from public life last month following a disastrous BBC interview about his friendship with sex offender Jeffrey Epstein. The disgraced financier died by suicide in August. 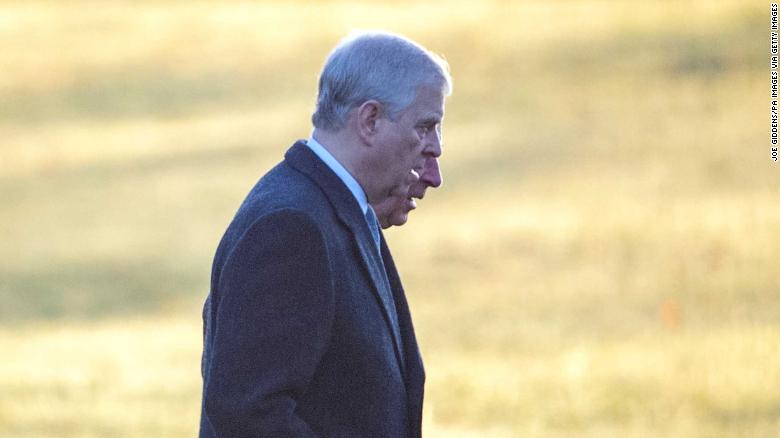 Prince Andrew and his brother, Prince charles are seen walking side by side into St. Mary Magdalene Church in Sandringham, Norfolk on Wednesday. A short time later, Queen Elizabeth II and Camilla, the Duchess of Cornwall, were seen arriving by car to a second public Christmas day service. The 93-year-old monarch traditionally spends the festive season with members of the royal family at Sandringham, her country estate in rural Norfolk, about 100 miles north of London. The pair were met by the Queen’s daughter, Princess Anne, at the gate of the church. The Queen’s youngest son, Prince Edward, also attended, as did Prince William and his wife, Kate and two of their children, George and Charlotte. Princess Beatrice also attended the service, appearing shortly after her father, Prince Andrew, was spotted with Prince Charles attending the earlier private family service. 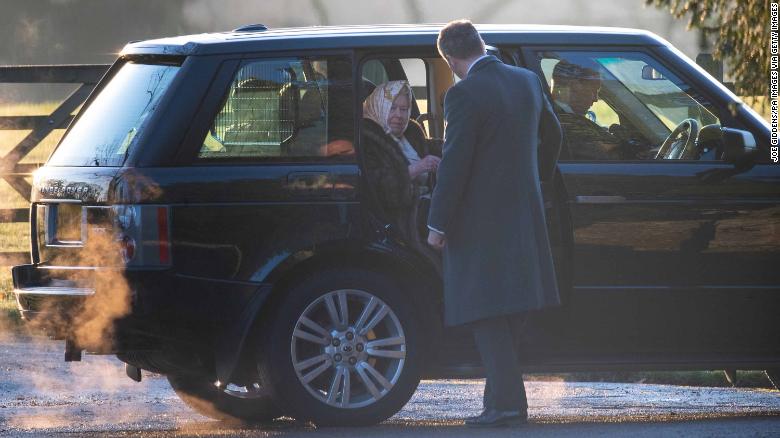 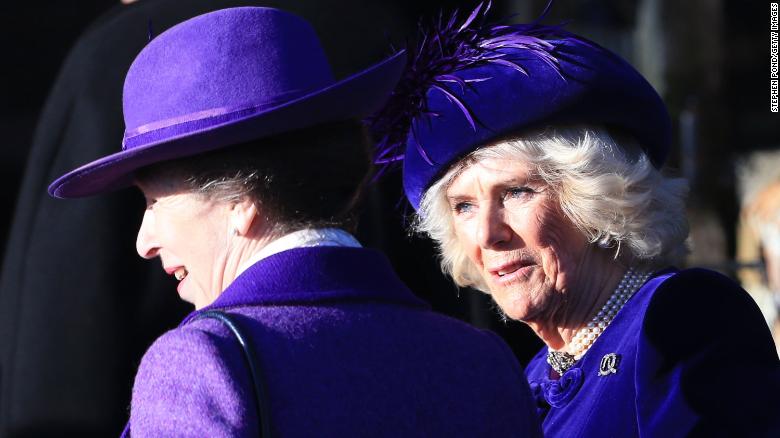 Princess Anne and Camilla, Duchess of Cornwall, on Wednesday. 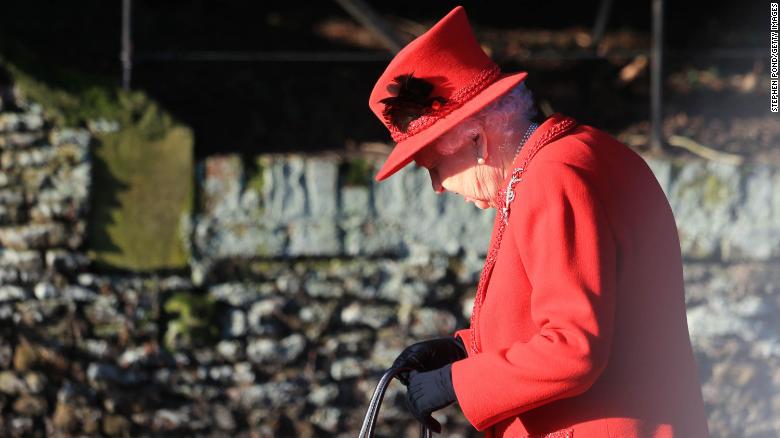 Queen Elizabeth II attends the Christmas Day church service. The Queen’s husband Prince Philip, who was discharged from a London hospital for an undisclosed condition on Tuesday, did not appear. Two royals who were not in attendance for the royal Christmas tradition were the Duke and Duchess of Sussex, who have been spending family time in Canada. “They are enjoying sharing the warmth of the Canadian people and the beauty of the landscape with their young son,” the spokesperson added. The decision to base themselves in Canada reflected the importance of the Commonwealth country to them both, a spokesperson for the Sussexes previously told CNN. 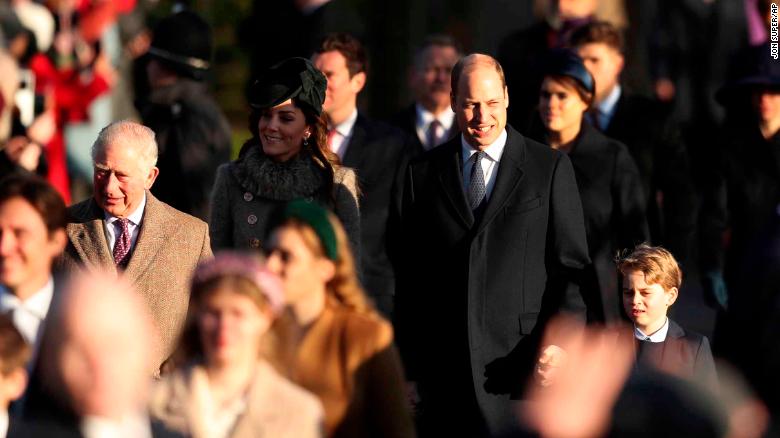 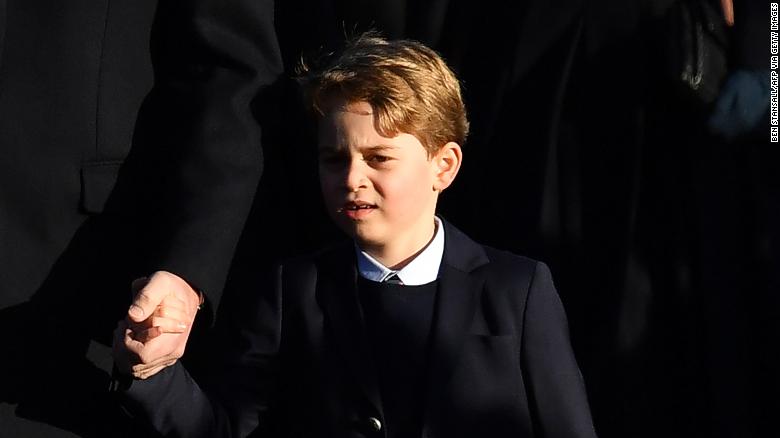 It was the first appearance for six-year-old Prince George at the royal family’s traditional Christmas Day service. 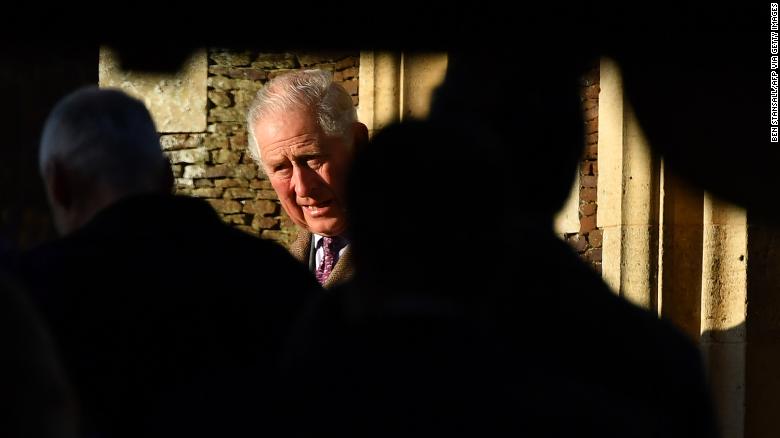 Britain’s Prince Charles arrives for the Royal Family’s traditional Christmas Day service.
Before joining the royal family, Meghan lived in Canada while she starred in legal drama “Suits,” which was filmed in Toronto. Later on Wednesday, the Queen will use her annual Christmas broadcast to reflect on the last 12 months, which she will describe as “quite bumpy.” In the message — which was pre-recorded in the Green Drawing Room at Windsor Castle — the monarch will say that the path “is not always smooth, and may at times this year have felt quite bumpy, but small steps can make a world of difference.”(CNN)