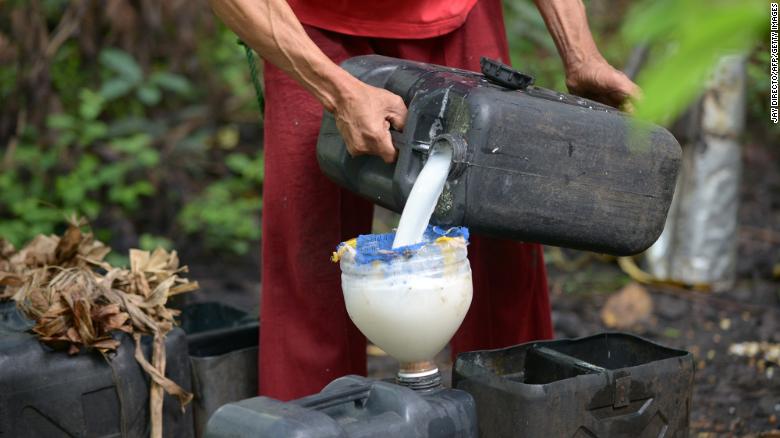 Lambanog, is distilled from coconut sap and has an alcohol content of 40% to 45% by volume.

At least 11 people have died and hundreds more are being treated for suspected methanol poisoning after drinking locally made coconut wine during Christmas celebrations in the Philippines, according to the state-run Philippine News Agency. Local media reports said 300 people were hospitalized in Laguna and Quezon provinces of Luzon, the country’s main island, with signs of poisoning such as stomach ache, dizziness, and vomiting after drinking the generic brand coconut wine.

A total of 265 people were hospitalized in the town of Rizal, Laguna the Department of Health said in a news release on Tuesday. The coconut wine, known locally as lambanog, is a potent palm liquor distilled from coconut sap with an alcohol content of 40% to 45% by volume. It is a popular drink during the festive season, which is widely celebrated in the Philippines. The Philippine Food and Drug Administration said the lambanog tested positive for high levels of methanol, a type of alcohol that is toxic to the body, in some cases leading to blindness and death. “Lambanog poisoning is caused by residual methanol, which in high levels becomes highly toxic for humans. Methanol is a naturally occurring substance present during the distilling process, that should be separated and removed thereafter,” Health Secretary Francisco T. Duque III said in the news release.
Fred Rey, the owner of a local distillery who had a permit to operate, surrendered to police on Monday and could face multiple homicide and physical injuries charges. 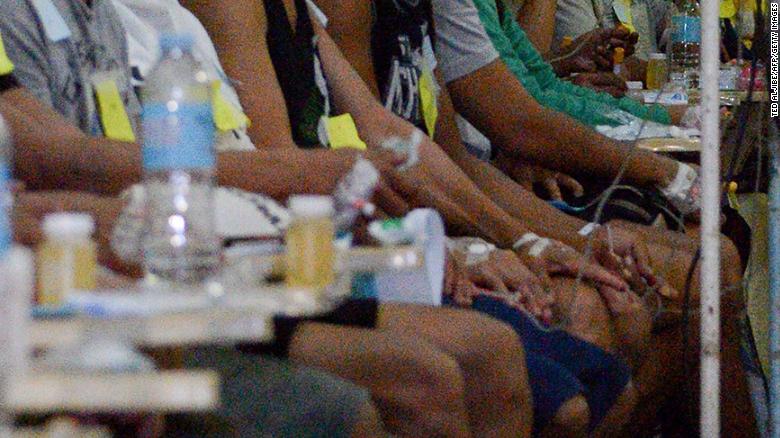 Victims who fell ill after drinking lambanog wait for treatment at the Philippine General Hospital in Manila on December 23, 2019. The sale of lambanog has been temporarily banned in Laguna, and Rizal declared a state of emergency on Monday so that the government could offer financial assistance to the victims, CNN Philippines reported. That was little consolation to the victims’ families with the tragedy taking place during the holiday season. “It hurts me, of course, Christmas, we should be together,” said Raymunda Urriquia, the wife of Luiz Urriquia, 61, who was among those who died after drinking the lambanog.
The FDA stressed the importance of proper fermentation and production of coconut wine to prevent poisoning and said it had repeatedly issued warnings to lambanog distillers over the drink’s high methanol content. Presidential spokesman Salvador Panelo said Monday the government was “alarmed” over the reported poisoning cases and urged the public not to buy alcohol unless it was approved by the FDA. This is not the first time people have died from drinking lambanog in the Philippines. Last December, at least 20 people in the regions of Southern Tagalog and Central Luzon died after drinking coconut wine. According to the FDA, last year’s cases involved a different brand of lambanog to the most recent poisonings.(CNN)