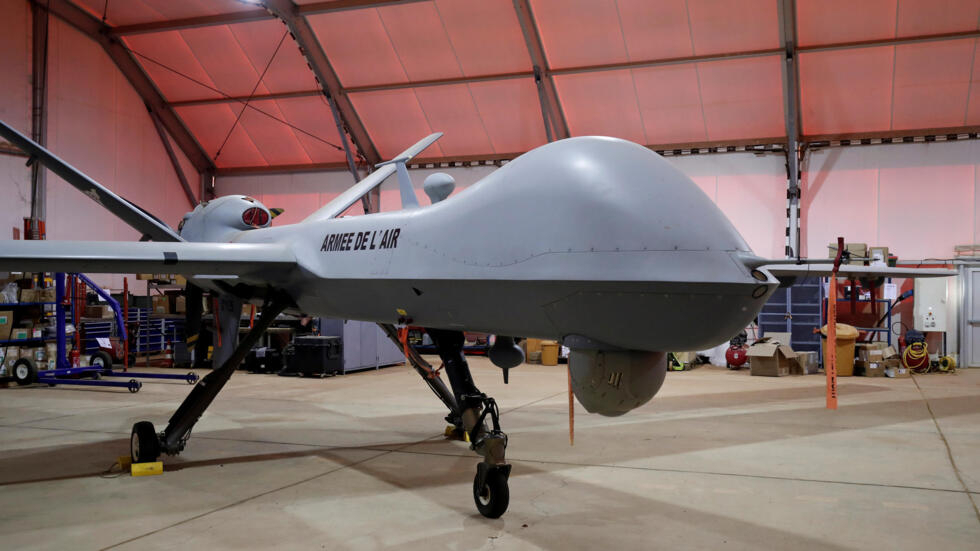 France’s armed forces said Monday it had carried out a drone strike for the first time, during operations in Mali at the weekend in which it said 40 “terrorists” were killed.  On Saturday, French President Emmanuel Macron had announced that French forces had “neutralised” 33 jihadists in the central Malian region of Mopti, in an operation that had started the previous night. In a statement, the French military command said the drone strike happened during a follow-up operation Saturday in which another seven jihadist fighters were killed. As French commandos were searching the combat zone in Ouagadou forest, 150 kilometres (90 miles) from the town of Mopti, “they were attacked by a group of terrorists on motorbikes,” the statement said.

A Reaper drone and a French Mirage 2000 patrol opened fire to support the ground troops, it said. “This is the first operational strike by an armed drone,” the statement said, confirming an earlier report published in the specialist blog Le Mamouth. The strike came just two days after the French army announced it had finished testing the remotely-piloted drones for armed operations.  It has three drones, based near Niamey, the capital of Niger. The operation at the weekend was in an area controlled by the Katiba Macina, a ruthless Islamist group founded by radical Mopti preacher Amadou Koufa.

Two Malian gendarmes who had been held hostage were freed, and French troops seized a number of armed vehicles, motorbikes and weaponry, “delivering a very heavy blow” to the jihadists, according to Monday’s statement. France previously said it had killed 25 jihadists in two operations in the Sahel this month. Last month, 13 French soldiers were killed in a helicopter crash as they hunted jihadists in the north of Mali — the biggest single-day loss for the French military in nearly four decades. France has a 4,500-member force which has been fighting jihadists in the fragile, sprawling Sahel since 2013. Forty-one soldiers have died.(France 24)