Internet banned in India’s Uttar Pradesh amid anger over killings

As citizenship law protests enter third week, curbs imposed across BJP-governed state which witnessed 19 of 27 deaths. Indian authorities have stepped up security in major cities and mobile data services were suspended in some places amid nationwide protests against a new citizenship law. The administration of Uttar Pradesh, India‘s most populous state, banned mobile internet services in many parts of the state on Thursday night, including the provincial capital Lucknow, the state government said. Some television channels reported that police had imposed emergency law in some parts of the capital, New Delhi, that prohibits gatherings. Such prohibitions have been in place for more than a week in Uttar Pradesh, which has witnessed the worst crackdown. The state’s police force has been accused of killing 19 people there, most of them Muslims. At least 27 people have been killed in protests across the country since the Citizenship Amendment Act was adopted on December 11. The law is seen as discriminatory towards Muslims, who make up about 14 percent of India’s 1.3 billion population.

The legislation makes it easier for people from non-Muslim minorities in Afghanistan, Bangladesh and Pakistan who settled in India prior to 2015 to get Indian citizenship. Critics say the exclusion of Muslims violates India’s secular constitution by making religion a basis of citizenship. The backlash against the law pushed through Parliament by the Bharatiya Janata Party (BJP) government of Prime Minister Narendra Modi is the biggest challenge he has faced since he was first elected in 2014. Violence peaked last Friday as police clashed with protesters in several cities, especially in Uttar Pradesh, where Muslims form nearly 20 percent of its 204 million people. More protests were held on Friday, with hundreds demonstrating at New Delhi’s historic Jama Masjid, where a protest march last week ended in violence. 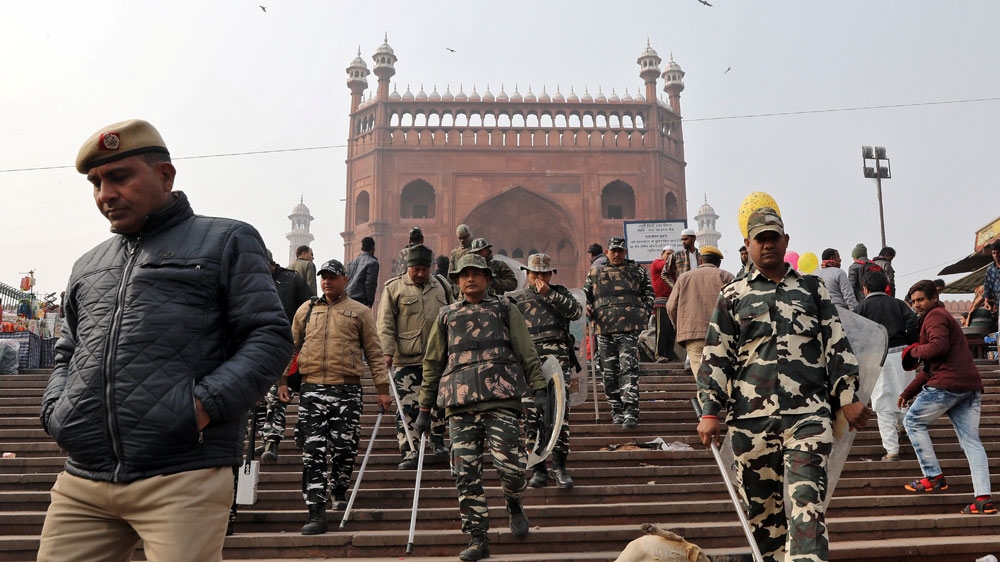 Police patrol the steps of Jama Masjid before Friday prayers in the old quarters of Delhi. In Mumbai, India’s financial capital, authorities denied protesters permission to conduct a 6-km (3.7-mile) march. Elsewhere in the city, the BJP held a rally in support of the law.

Fury after deaths in Uttar Pradesh

Meanwhile, distrust and anger among Muslims in areas where most deaths happened have deepened, as protests against the law enter their third week. In Uttar Pradesh’s Meerut town, 70 kilometres (43 miles) from New Delhi, Zaheer Ahmed had just returned home from work on December 20 and stepped out for a smoke before lunch. Minutes later, he was dead, shot in the head. His death, and the killing by gunfire of four other Muslim men in the same afternoon in the mainly Muslim neighbourhood, made it the most intense burst of violence in two weeks of protests. The families of the five dead men say they were shot and killed by police as a protest flared against the new law. Reuters News Agency said it could not independently verify those accounts, and none of the more than 20 individuals the agency interviewed saw police open fire. Police say they used baton charges and tear gas, and opened fire to control the crowd but did not kill anyone. Police add that the men must have been killed by violent armed protesters whose shots went astray. An investigation into the violence is under way. 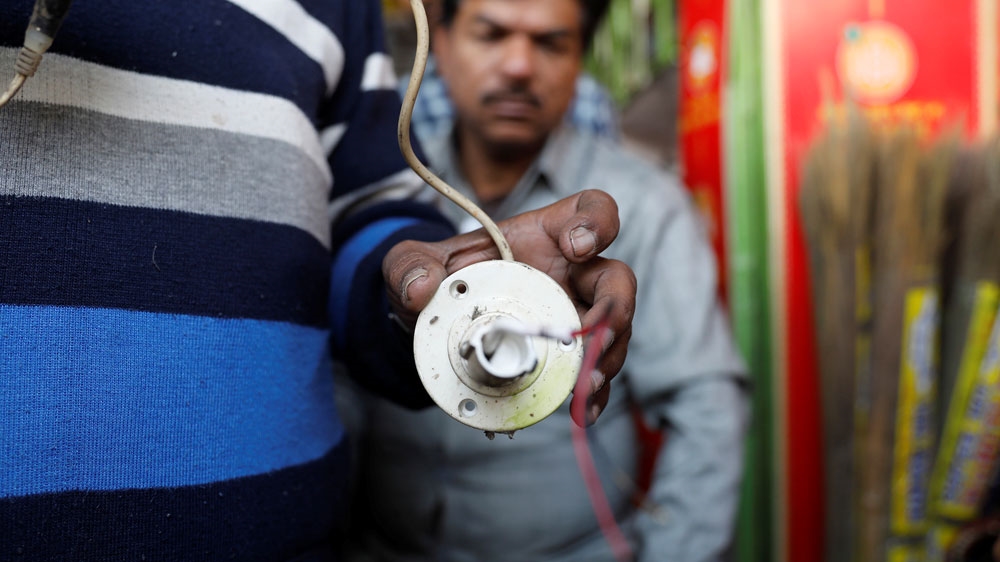 Residents say police broke several security cameras in the area before the violence began. Reuters was unable to independently verify those accounts but did review security camera footage from two cameras at shops in the area. In both cases, the footage ends abruptly after a policeman waving a baton is seen trying to hit the cameras. Akhilesh Singh, the police superintendent of the Meerut City zone, said police had not destroyed any cameras and that all of the victims were involved in what he called rioting. “Obviously they must be in the midst of the violence. That’s why they must have been killed,” Singh told Reuters. Uttar Pradesh Chief Minister Yogi Adityanath said in a televised statement last week that he would take “revenge” against those behind the violence and make them pay for the public damage.

‘How can they kill innocent people?’

Zaheer Ahmed’s home lies in a jumble of lanes that make up the crowded Lisari Gate area. The 45-year-old, who sold cattle fodder for a living, had coloured his hair that day for a family wedding, his 22-year-old niece, Shaheen, said. When Zaheer returned from work, he told Shaheen that he wanted to smoke and stepped out to go to a small stall in the next lane that sold beedis, a small Indian cigarette. Zaheer’s friend, Naseem Ahmed, said he was standing in the lane across from the beedi stall at the time. He described seeing Zaheer buy the beedi and sit down on a ledge next to the shop. Around that time, there was chaos on the main road beyond the lanes, Shaheen and several other residents said. According to them, they could hear the sound of people screaming and saw tear gas clouds. Many men ran into the lanes, some followed by police. “I suddenly saw Zaheer fall down,” said Naseem, adding that he had seen some policemen rushing into the lane just before. “I thought he fell unconscious. It all happened within minutes.”

Through the clouds of tear gas, Shaheen said she heard someone scream that Zaheer had been shot. Neighbours brought his body home.”I don’t know who engaged in the violence, but my husband didn’t,” said his wife Shahajahan. “Why did they kill my innocent husband? How can they kill innocent people?”The families of the other four men who died that day said the men were either out for work or prayers when they were hit by gunfire. None of them has received post-mortem reports. According to their families, Mohammed Mohsin was buying fodder for cattle. Asif, a tyre mechanic, had stepped out to fix tyres at someone’s home. Another man also called Asif, a rickshaw-driver, was returning home after prayers. Many people in the impoverished area use just one name.

Aleem Ansari had gone to the restaurant where he worked making rotis, the Indian bread. “He was shot dead by police. They shot him in the head and killed him,” said Ansari’s mother Saira. “I swear if I find that policeman I will not spare him.” Reuters reviewed a copy of a case report of the violence that day that police registered at Meerut’s Lisari Gate police station. The report, dated December 20, includes a police officer’s statement that a crowd of about 1,000 protesters armed with sticks charged down the main road at about 2:30 pm. Police asked them to disperse, saying the large gathering was not permitted, according to the police report. The officer who filed it, Ajay Kumar Sharma, did not immediately respond to calls for comment. “Suddenly there was chaos when the crowd started pelting stones at us and firing at us,” the report says. In response, police used batons and fired tear gas and rubber bullets, the statement says.

Singh, the Meerut police superintendent, said the police and paramilitary personnel around Lisari Gate that day were armed with AK-47 rifles, pistols and chilli bombs. Human Rights Watch (HRW) has said Indian police have used “unnecessary, deadly force” in controlling the protests. At a hospital in Meerut, two paramilitary policemen being treated said they were injured when fired at by protesters last Friday. A doctor said they had been treated for bullet injuries on the leg and forearm. When asked about civilians who had been shot and killed, one of them, Vidya Dhar Shukla, sat upright on his bed. “There was so much chaos, who knows where the damned people died?” “If I had a gun I would fire at them that day,” he said. “India shouldn’t harbour such snakes.”