What you need to know about Taiwan’s 2020 general elections

Taipei, Taiwan – Voters in Taiwan head to the polls on Saturday to pick their next president and parliament members, in a crucial test of its hard-earned democracy that will set the tone for relations with mainland China over the next four years. Taiwan lies off the southeast coast of China and was a Japanese colony from the late 19th century until the end of World War II in 1945. Its current incarnation arose out of China’s civil war, when the nationalist leaders of the Republic of China retreated to the island after the Communists emerged victorious in 1949. Beijing considers Taiwan part of its territory and has threatened to take it back by force if necessary.

While domestic issues such as economy and identity are among the public’s main concerns, world powers like Japan and the United States will be closely watching the electoral proceedings. “The upcoming elections will determine whether the incumbent president [Tsai Ing-wen] will get the chance to see through her administration and party’s reform agenda or whether the country will change course, especially as it relates to the island’s ties with the People’s Republic of China,” Russell Hsiao, executive director at the Global Taiwan Institute in Washington, DC, told Al Jazeera. Polling stations open at 8am (00.00 GMT) and close at 4pm (08:00 GMT). Results are likely about four hours after the polls close.

Here is what you need to know:

Who are the candidates?

There are three pairs of candidates running for president and vice president this year.

President Tsai Ing-wen, of the pro-independence Democratic Progressive Party (DPP), is running for a second term as a champion of democracy and separate Taiwanese identity, defending the island in the face of increasing pressure from mainland China. Since coming to power in 2016, Tsai has launched an aggressive pitch to countries in the Asia-Pacific region through her New Southbound Policy, with the aim of diversifying the island’s economy and reducing its dependence on China. She has also expressed her support for the Hong Kong protests, winning praise from young voters, while earning the ire of Beijing. Tsai’s running mate is former Premier William Lai, who once described himself as a “Taiwan independence worker”. Kaohsiung Mayor Han Kuo-yu of the pro-China Kuomintang (KMT), is Tsai’s main challenger. He has pledged to improve cross-strait relations with Beijing. 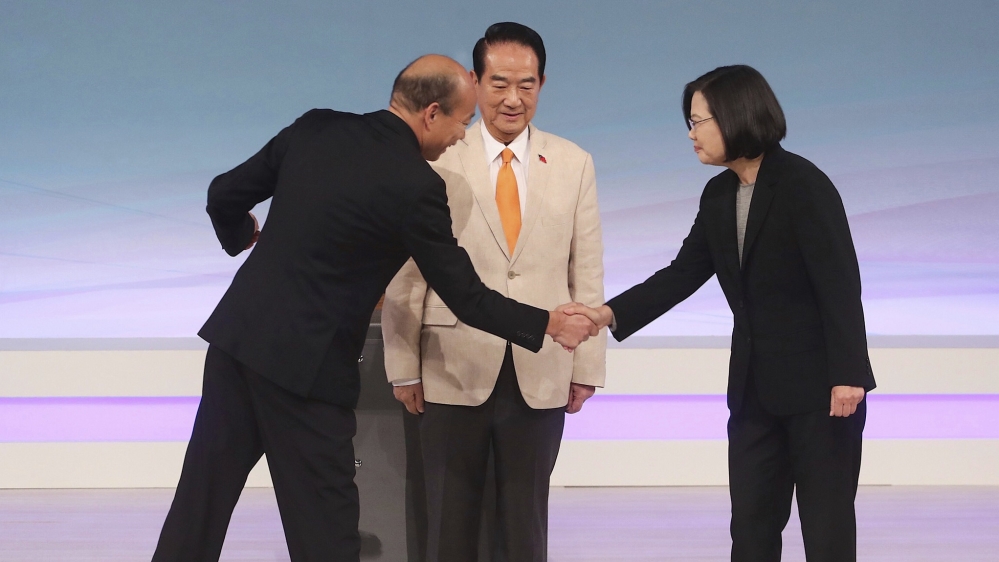 In 2018, the 62-year-old Han caused a major upset when he won as mayor of the southern city, a known stronghold of the ruling DPP. He has called for Taiwan’s return to the “one China” formula, which states that the mainland and the island are one nation. Beijing had cut communication channels with Taiwan since Tsai’s election because she refused to support the “one China” concept. Han’s running mate is former Prime Minister Chang San-cheng who has worked in the private sector, including a stint with Google. The third candidate for president is former KMT official, James Soong. He is running under his own People First Party, founded in 2000. This year is his fourth attempt at the presidency. Wang Chih-Ming, an associate research fellow at Academia Sinica, said Soong’s platform is thin in details. But Hsiao of the Global Taiwan Institute said Soong’s candidacy is hurting the opposition KMT. Soong was recently endorsed by Foxconn founder and former KMT presidential primary candidate Terry Gou. Soong’s running mate is Yu Hsiang, former president of an advertising firm.

What is at stake in this election?

“This year, given the developments in Hong Kong and China’s intensifying diplomatic, military, and economic pressure on Taiwan, it has taken on even greater significance than usual,” said Bonnie Glaser, director at China Power Project at the Centre for Strategic and International Studies (CSIS). Since Tsai took office in 2016, Taiwan has lost seven of its 22 diplomatic allies to Beijing. China has also stepped up military activity in the Taiwan Strait, sailing its new aircraft carrier through the sea late last year and flying fighter planes close to the island. Beyond politics, voters are also looking at the economy. The gross domestic product (GDP) expanded 2.6 percent in the second quarter of 2019 but wages have stagnated. “There has been frustration in Taiwan over a sustained period due to weak and unequally distributed economic growth that has benefitted the rich while the middle class stagnates and the precariat grows,” said Jonathan Sullivan, a researcher on Taiwanese politics and director of China Policy Institute at the University of Nottingham. In advanced liberal democracies elsewhere in the world there is a sense that “dysfunctional government and aloof and uncaring politicians are unable to achieve meaningful reforms“.

Who gets to vote?

According to Taiwan’s Central Election Commission, there are 19.3 million eligible voters. Citizens are eligible to vote starting at the age of 20. But voters from age 20 to 23 make up only about 6 percent of the total. “Youth voters in Taiwan tend to support the DPP and if they go out to vote, then it will raise the chances of President Tsai Ing-wen being re-elected”. “However, youth voters have a lower voter turnout rate than older middle-aged voters who tend to support the KMT,” he added. Voters older than 40 make up 66 percent of the electorate.

Tsai has been vocal in her support for Hong Kong’s pro-democracy movement. She said Taiwan will consider giving asylum to Hong Kong protesters on humanitarian grounds, although such laws are yet to be passed. Sung Wen-Ti, a doctoral candidate at the Australian National University, said protests in Hong Kong have made Taiwanese more sceptical about China. 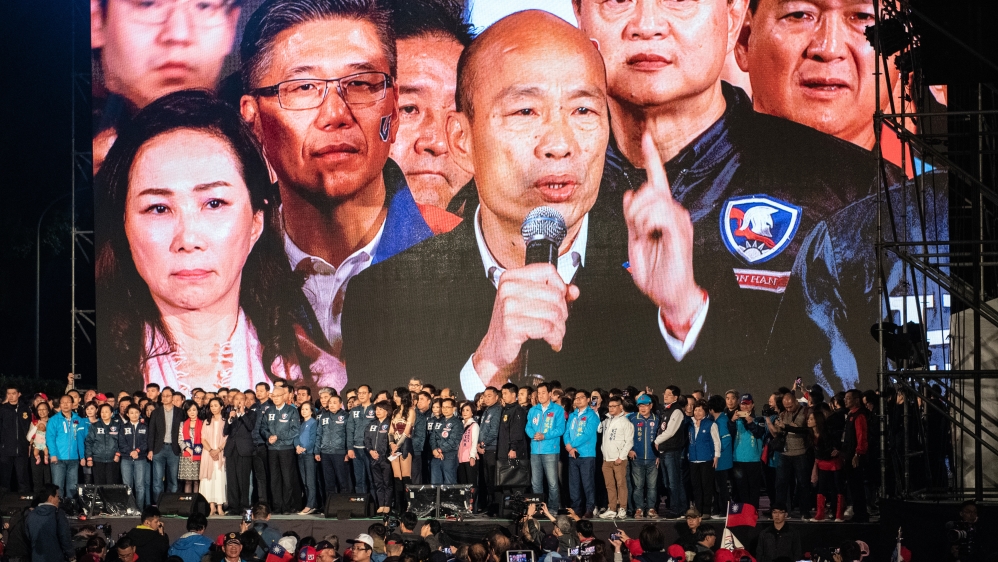 “Much of the airwaves have been dedicated to discussion of the broader backdrop of the Hong Kong crisis and its relations to Taiwan’s future”. Wang of Academia Sinica said the elections would be a “test case for the international community” to determine whether the Taiwanese government would have a different approach in handling pressure from China. The elections would also show “how robust Taiwan’s democracy is”, added Wang.

While the attention is on who will lead Taiwan, the election will also decide who takes charge of its legislature for the next four years. If Tsai wins by an even bigger majority than in 2016, and her party keeps control of the legislature, “it will be a strong message to Beijing that they trust Tsai and the DPP to protect Taiwan’s sovereignty and prosperity”, said Glaser, the China expert at CSIS. Wang of Academia Sinica, however, worries that strong DPP majority would weaken the necessity for check-and-balance in government.

“It is obvious that if the DPP continues to be the majority in the legislature, the oppositional party will have only a very small room to manoeuvre and our democracy will be tipped off-balance” . The DPP currently has 68 out of 113 seats in parliament, while the KMT has 35. A number of seats are reserved for the island’s indigenous people.

Who is expected to win?

Opinion polls suggest Tsai may return for a second four-year term. In a poll by television channel TVBS – conducted on December 29, before a 10-day poll blackout period – Tsai had 45 percent votes, followed by Han’s 29 percent and Soong at 7 percent. (Al Jazeera News)