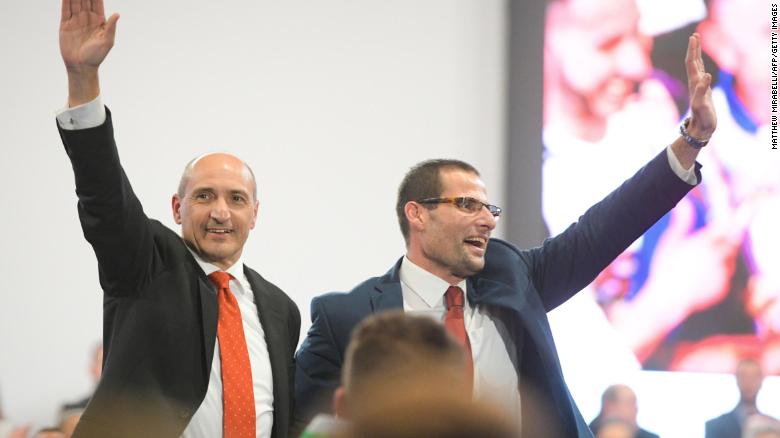 Lawyer Robert Abela will become Malta’s new Prime Minister after securing a surprising victory in his party’s leadership contest, which was triggered by a political scandal over the assassination of an investigative journalist that brought down the country’s previous leader and several of his allies. Abela was seen as an outsider in the race to succeed Joseph Muscat, who announced his resignation in December, but defeated his rival Chris Fearne to take control of the country’s governing Labour Party. He is expected to be sworn in on Monday. Muscat announced his plans to step down in December, as the investigation into the death of Daphne Caruana Galizia — killed by a car bomb in October 2017 — began to engulf his premiership.

Caruana Galizia had been investigating alleged corruption within the government, and her family and protesters have accused Muscat of trying to shield members of his inner circle from the ongoing investigation into her death. Muscat has denied all allegations of wrongdoing. His chief of staff and tourism minister also left their posts shortly before the prime minister announced his resignation late last year. Abela, a 42-year-old lawyer, stressed continuity during his campaign and steered clear of addressing the probe into Galizia’s death, according to local media. His rival Fearne was backed by most of the country’s Cabinet. But Abela strode to what the Times of Malta described as “one of the biggest upsets in contemporary political history.” It was expected that 17,500 Labour voters would decide the party’s election, according to Agence France-Presse. Muscat said on Twitter he was “proud” to be handing power to the lawyer, who could hold his post for over two years before Malta’s next election must take place. But the initial months of his premiership are likely to be dominated by the same scandal that defeated his predecessor.

Galizia’s case will remain prominent in the EU nation during Abela’s time in power, with three men awaiting trial on charges connected to the incident. All three suspects pleaded not guilty during pre-trial proceedings. The journalist was killed while driving near her home. Her family says she was “assassinated” because of her work uncovering alleged corruption in the Maltese government. Her work — including research into Maltese citizens implicated in the Panama Papers — had made powerful enemies. The Panama Papers are the name for the leak of millions of files from the database of a Panama law firm called Mossack Fonseca in 2016.
Muscat was a frequent target of Galizia’s investigations into corruption, especially due to his wife’s alleged involvement in the Panama companies. Galizia’s family had said they believe the then-Prime Minister wanted her dead. The couple both deny the allegations. The journalist had suffered intimidation over the years. Her dog’s throat was cut, and in 2006 her house was set on fire as the family slept, tires piled against the back door to prevent escape. Shortly before her death, in what was to be the final entry on her blog Running Commentary, she wrote: “There are crooks everywhere you look now. The situation is desperate.” “Robert Abela certainly has his work cut out for him,” Rebecca Vincent, the UK bureau director of the nonprofit Reporters Without Borders.
“Joseph Muscat leaves behind a legacy of a tarnished administration and deeply flawed institutions,” she added. “During his tenure, not only was the country’s most prominent journalist assassinated in broad daylight — so far, with impunity — but Malta’s broader press freedom climate experienced one of the world’s sharpest declines.” Malta has slid to 77th on the group’s annual rankings of global press freedom, one of the worst scores in Europe. (CNN)
News