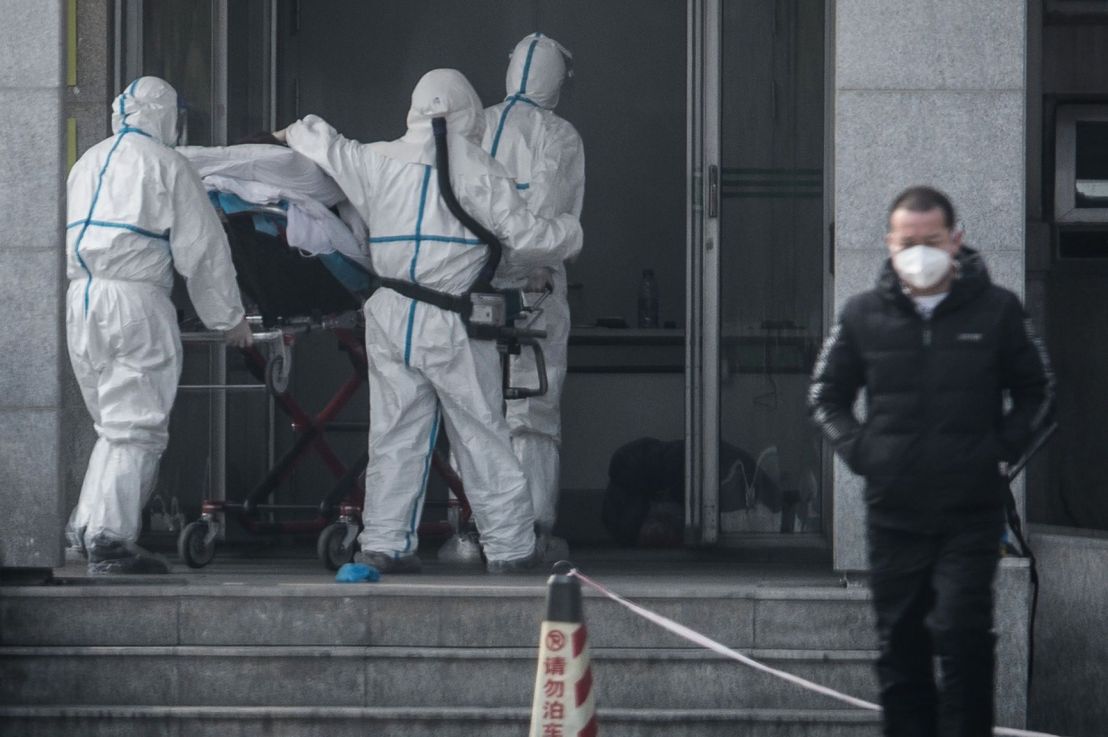 Chinese authorities have confirmed a deadly virus that has infected more than 200 people in four countries can be transmitted via human-to-human contact. The confirmation comes as airports around the world introduced temperature screening, with hundreds of millions of Chinese people travelling home and abroad for the Lunar New Year holiday. China’s President Xi Jinping said 217 people in the country have been infected by the new viral pneumonia.

Four people have died so far, while cases have also been confirmed in Thailand, Japan and South Korea. The fourth person confirmed dead was an 89-year-old man who developed symptoms in Wuhan on 13 January and was admitted to hospital five days later. He died on 19 January. The virus belongs to the same family of coronaviruses that causes Severe Acute Respiratory Syndrome (SARS), which killed nearly 800 people around the world during a 2002-03 outbreak that started in China.

The newest virus, which has no cure, has been dubbed Wuhan Virus as it originated at the seafood market in the city of Wuhan in central Hubei province. Chinese New Year is this Saturday and brings with it a week long holiday when most people will travel home on Friday, often to the countryside from the cities, or take the chance to go overseas. President Xi said: “The recent outbreak of novel coronavirus pneumonia in Wuhan and other places must be taken seriously. “Party committees, governments and relevant departments at all levels should put people’s lives and health first. “They should ensure that the masses have a quiet, peaceful and joyous Spring Festival.”

The virus spread on Monday to Shanghai, east of Wuhan, and the first cases in the southern province of Guandong were also recorded, including a 66-year-old man in Shenzhen, just over the border from Hong Kong. Five people in Beijing have also been diagnosed, according to state broadcaster CCTV. Authorities in other countries have been put on alert, with at least half a dozen Asian countries and three US airports – New York’s JFK, LA and San Francisco – screening incoming passengers from central China. Australia’s chief medical officer has said his country will be increasing airport screening in response to the outbreak. Brendan Murphy told reporters in Canberra that Australia receives a significant number of travellers from China, including three direct flights a week from Wuhan into Sydney, and these flights will be met by border security and biosecurity staff for assessments.

Two cases have been confirmed in Thailand, both women who had been to Wuhan, and the four Thai airports running flights between Wuhan are carrying out tests. One of the cases was detected by thermal surveillance equipment at Bangkok airport. South Korea reported its first case on Monday after a 35-year-old Chinese woman from Wuhan tested positive a day after arriving at Seoul’s Incheon airport. Videos posted online showed authorities in protective suits on a plane at the airport in Macau, an autonomous region on China’s south coast, checking the temperatures of every passenger arriving from Wuhan. Hong Kong airport, where temperature screening is commonplace after the SARS outbreak, is stepping up its measures.

Singapore’s ministry of health confirmed all passengers arriving at Changi Airport from China will be temperature screened in response to more cases and the spike in travel volume ahead of Chinese New Year. Doctors began seeing symptoms including fever, coughing and breathing difficulties in people who worked at or visited Wuhan’s seafood market late last month. Health officials maintained on Sunday that the virus is not easily transmitted between humans and hundreds of people who have been in close contact with diagnosed patients have not got sick.

President Xi’s announcement that 217 people had been infected is much higher than the 62 cases health officials said on Sunday. However, both figures are dramatically lower than a study from London’s Imperial College which suggested there could be more than 1,723 cases in Wuhan alone. It said: “It is likely that the Wuhan outbreak of a novel coronavirus has caused substantially more cases of moderate or severe respiratory illness than currently reported.” Some experts say the new virus may not be as deadly as SARS, but there is still little known about it, including its origin and how easily it can be transmitted between humans.(Skynews)