Men working in low-skilled jobs are dying from coronavirus at a higher rate than those in more highly skilled occupations, new figures from the UK show. Using data looking at Covid-19 related deaths in England and Wales’ working age population, Britain’s Office for National Statistics (ONS) found that men working in specific occupations — including taxi drivers and chauffeurs, bus and coach drivers, chefs and sales and retail assistants — had raised rates of death involving Covid-19. The analysis, which looked at coronavirus-related deaths registered up to April 20, also found that men and women working in social care — a group that includes both workers in care homes and home carers — had “significantly raised rates of death” involving Covid-19.

However, healthcare workers, such as doctors and nurses, did not.
The statistics were adjusted for age but not for factors such as ethnic group or place of residence, the ONS said. The United Kingdom has been one of the world’s hardest-hit nations in the pandemic. More than 31,000 people have died, according to government data. Meanwhile, the government has repeatedly come under criticism for failing to reach testing targets, lack of protective gear for healthcare workers and a perceived lack of clarity when it comes to messaging.
Neil Pearce, professor of epidemiology and biostatistics at the London School of Hygiene & Tropical Medicine, told the Science Media Center that the analysis showed Covid-19 is ” largely an occupational disease” in the working age population. Noting that the findings were not adjusted for ethnic group, place of residence or pre-existing conditions, Pearce said: “Nevertheless, the findings are striking, and emphasise that we need to look beyond health and social care, and that there is a broad range of occupations which may be at risk from Covid-19. These are many of the same occupations that are now being urged to return to work, in some instances without proper safety measures and PPE being in place.” On Sunday, Prime Minister Boris Johnson called on people across the UK to return to work if they cannot do so from home, saying: “We now need to stress that anyone who can’t work from home, for instance those in construction or manufacturing, should be actively encouraged to go to work.” 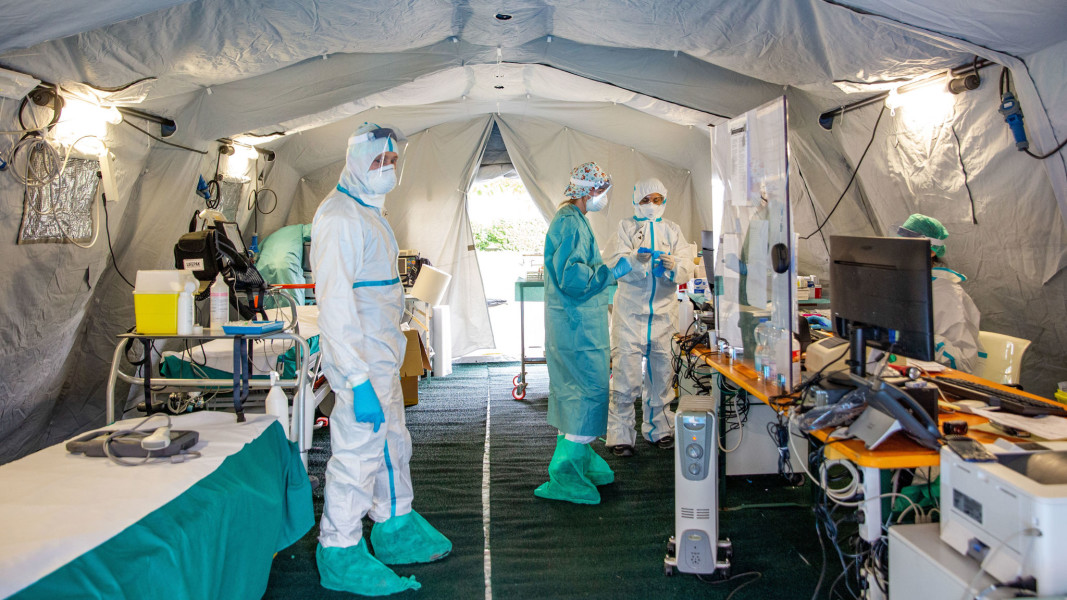 Where did it go wrong for the UK on coronavirus?
Groups representing UK businesses and workers have criticized the government’s plans to ease lockdown rules, complaining that the announcement lacks crucial details on how companies should prepare for a safe return to work. “Lots of working people will feel anxious and confused after listening to Boris Johnson,” Frances O’Grady, general secretary of the Trades Union Congress, wrote on Twitter, noting that the government hasn’t published guidance on how workers will be kept safe. “So how can the (Prime Minister) — with 12-hours’ notice — tell people to go back to sites and factories? It’s a recipe for chaos,” added O’Grady, whose organization represents 48 trade unions and 5.5 million workers. In a radio interview with the BBC on Monday, UK Foreign Secretary Dominic Raab said people who cannot work from home should go back to work on Wednesday, but he declined to answer whether employees would be able to refuse to work if they did not feel secure, saying “it’s very difficult to answer that hypothetically.”