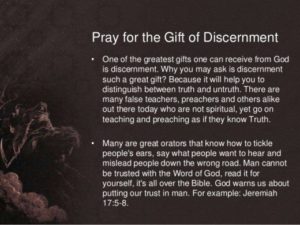 “And they tried to arrest him, but feared the multitude, for they perceived that he had told the parable against them; so they left him and went away. And they sent to him some of the Pharisees and some of the Herodians, to entrap him in his talk.” (Mark 12:12-13).

For cleansing the temple, Jesus had obviously attracted a lot of enemies to himself. Jesus did the right thing but it didn’t go down well with those who had replaced God with money; those who had turned the Temple into a den of robbers.

How can we survive in a world that hates us so much? Jesus says: “Be wise as serpents and innocent as doves.” (Matthew 10:16). At the heart of this wisdom is discernment. Jesus knew that the Herodians had come to catch Him by His words. He knew the question about paying taxes was a way of setting Him up against the Roman authorities. Jesus also knew that the Jews hated paying these taxes because it meant that somehow God had failed the people.

The Herodians were truly crafty. They came pretending to be friends but were foes. May God deliver us from people who come seeking to find words in our mouths to use against us. There are Herodians everywhere; frenemies who bring all the juicy gossips only to trap you. St. Peter warns us in today’s first reading: “Beware, lest you be carried away with the error of lawless men and lose your own stability.” (2 Peter 3:17).

Just like Jesus did with the woman caught in the act of adultery, He must have reflected and prayed deeply before responding. The Holy Spirit gave Him discernment and when He spoke, His enemies were put to shame: “Give to Caesar what is his and to God what is His.” What better way could anyone have responded?