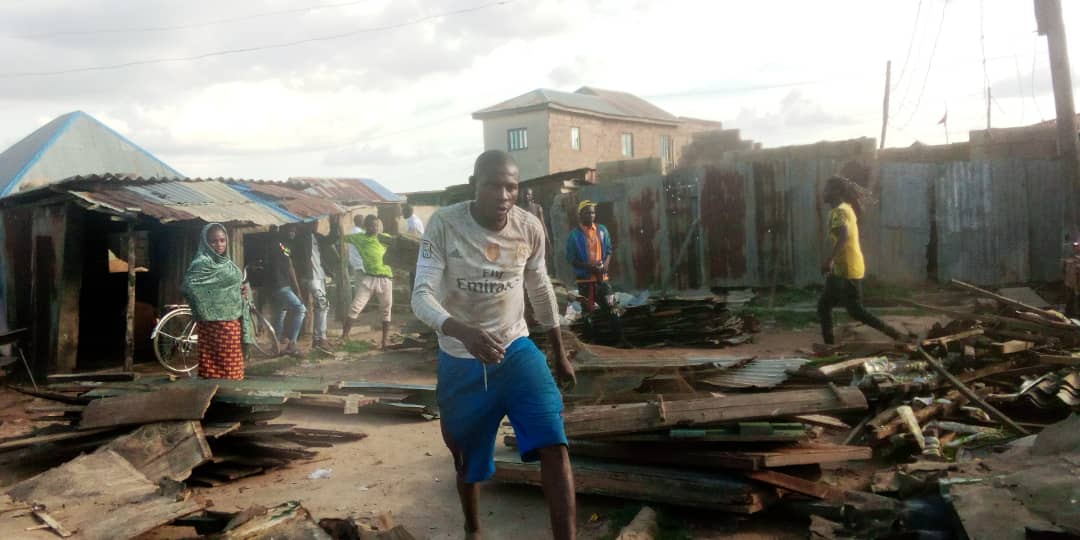 Kaduna- In a bide to ban the sale and consumption of all sort of alcohol, Sabon Gari Local Government area of Zaria in kaduna state has sealed up over 300 beer parlour, liquor and spirit across the local government.

The chairman Dealers of liquor and spirit association Sabon Gari, Mr Ezenobi Godwin who disclosed this in an interview with newsmen said some of their business premises including 40 shops located at “kasuan dole” have been demolished.

The chairman represented by Mr Thaddeus S, said exercise which commenced since Saturday 18th July 2020, was based on order obtained from magistrate Court under child magistrate Zainab Garba Muhammed.
Mr Godwin said that while they were waiting for approval of the local government to renew their license, the chairman Engr. Muhammed l. Usman invited them for a meeting.
Dealers of liquor chairman lamented that during the meeting, his members were lebelled as operating illegal business pemises without license and directed them to go and closedown all their joints until a new license are obtained, without prior notice.

According to Mr Godwin their association quickly rushed to High court and obtained injunction restraining the council from implementing the chairman closure order, which efforts to pleased them was rejected.
The association expressed dismay that while the high court was yet to deliver the judgement, the council went and obtained an order from magistrate Court based on Bye-Law of Sabon Gari Local Government 2020, to sealed up all their business premises on beginning from Saturday 18th July 2020, till August 2020, when the case will come up for hearing.

The boby also stated that the council issued a bye-law to liquor and spirit dealers to stop the sale and consumption of alcohol within the area, which attracted serious condemnation from dealers of liquor and spirit in Sabon Gari Local Government area.

The condition attached to the new application form for obtaining the license, made available to journalists by the association provided that the Ward, village head must recommend any applicant to qualified, while the district head name, stamp and signature must be endorsed.

pplication for new license duly signed by applicant upon received of an application reason parts: The council shall cost same to be displayed in conspicuous public place and invite objection to the issuance of the license from the residence of the area where the license is applied for and the objection must be received within 14days of the application meaning that before giving the association the license the community to operate this beer business, people shall be invited to confirm whether a license should be giving to sell beer in that community.

“That violation of any of the condition of this license shall render it liable of revocation and persecution. That the license shall be subjected to annual renewal”, it stated.
One of the women victims, mr. Hanatu James who spoke to our reporter said she has been in the business since 1994, adding that they relied on the sale of beer, liquor and palmwine for their children fees and feeding.
All efforts to clarify from council was futile as the chairman neither received calls nor respond to text put to him.