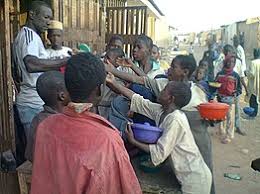 An NGO, Legal Defence and Assistance Projects, LEDAP, in partnership with Malala Fund has attributed the millions increased in Out-of-Schools children in Nigeria to decades of poor implementation and mismanagement of free quality Universal Basic Education, UBE, in the country.

LEDAP also revealed that the over 20years of lack of rights to free and quality of the former universal basic primary education by children was also largely responsible for the decades in the falling standard of the country’s education.

A facilitators LEDAP, in partnership with malala fund, Mr Michael Aboh and Ahmed Alaga made the revelations during a one day media parley on the right to free and quality basic education, in Kaduna.

The bodies, currently undertaking a project titled “promoting the right to free and quality UBE in Nigeria”, is aimed at providing solution to the low education enrollment and drop out, and to ensure that state governments take appropriate actions to promote free and quality of UBE for all children especially girls-child.

In an elaborate presentations on overview of the UBE Act made by Mr Ahmed Alaga, a resource person, noted that, under a well established free and quality UBE, junior secondary School students should be able acquired a skilled for themselves at that level.
He said the pre-primary (care class) and primary level of education is where children are supposed to be mooded and stabilized.
Mr Alaga who used former leaders as a front, observed that the first prime Minister, Abubakar Tafawa Baleaw and other post-colonial leaders were good examples of those who enjoyed free and quality basic education.

According to him, at the level of universal basic primary educations, they were not only expressive alone but had good command of English language to even lead their people.

The education experts however noted that the only way to improved UBE implementation, the country’s leaders and managers must ensure the educational plans are handled by experts and
professionals before pronouncements and
implementation by government.
“Managers should clearly interpret the policies to the
understanding of an ordinary Ngenans”, while there must be
accountability in all facets of the system by Leaders,
parents and guardians, adding,
communities and the society must be also involved in
suning adequate
dementation.
He listed some of the challenges of UBE to include management problems especially planning and process disorder, sighting the issues implementations before the actual plans.
According to him, political leaders made pronouncements of educational policies to gain political credit, rather than subjecting Educational matters to professionals.
Others challenges facing UBE are Inadequate interpretation of the policy, adding that “The key factors ‘free and compulsory education are not well understood by the populace, as well as problems of monitoring and evalvation and Maintenance problems.

He also sighted inadequate Resources saying “There are still shortages and lack of both human and material resources.

“Inadequate infrastructure
facilities, equipment, instructional materials etc
Unqualified teachers still teach in Nigeria.
“For example, UBEC (2011) stated that the profile of unqualified teachers in public schools nationwide stood at 41.1% out of 667,550, of the qualified NCE holders, most of them appear to have a
challenge of very poor quality in the classroom, Unmotivated teachers, among others.
Earlier, a facilitator, Mr Michael Aboh said that promotion of the right to free universal basic education were being conducted in four states of the north including kaduna, Kano, Adamawa and Bauchi states. End