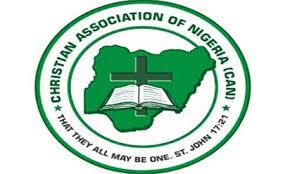 Christian Association of Nigeria, CAN, Kaduna State has challenged Christian leaders in Nigeria to raise their voice against the killings of southern kaduna people in kaduna state.
The state CAN Chairman Rev. Joseph John Hayab made the assertion on Sunday during the month interdenominational prayers and indoor protest on southern kaduna killings.

Rev. Hayab said the Christian leaders should speak up and not keep quiet against the continued attacks and unwarranted killings in Southern Kaduna in Kaduna State.

The prayers which held at the Evangelical Winning All Church, ECWA, Narayi high cost had Christians in their thousands, all adorned in black attires, engaged in fervent protest prayers for Nigeria and Southern Kaduna, with placards with different inscriptions. Various Pastors took turn to lead the congregation in sessions of prayers against the killings and asked God to intervene and restore peace in all the troubled areas and fight the battles of the helpless.

In his sermon amidst the prayer session, the President of the United Church of Christ in Nigeria, HEKAN, Rev. Amos G. Kiri who took his reading from Psalms 46 vs 1- 11 charged the congregation not to weary with the happenings but to raise their voices to God in prayers.
He said that any government that is not worried about the well-being of her citizens does not deserve to be called a government, while challenging Christians in government to speak up against all forms of injustice against the church in Nigeria.

“Insensitive government and leaders must wake up from their slumber, government must listen to our cry, the killings in southern Kaduna must stop, enough is enough and what is good for the goose should be good for the gander” he said.
In his remarks, the CAN Chairman Rev. Hayab urged for continued prayers for God to expose whoever is behind the killings in Kaduna State and Southern Kaduna.
He called on Christian leaders including Bishop David Oyedepo, Pastor Enoch Adeboye, Pastor Dr. Paul Eneche and many other church leaders and overseas to speak up and not keep quite against the killings.
Also speaking, the President Southern Kaduna Peoples Union, SOKAPU, Hon. Jonathan Asake thanked the church for standing with them in prayers.
He said the killings must not be given political colouration but condemned as a crime against humanity.