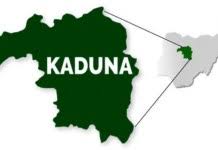 Islamic leaders, comprising Imams and Ulamas have reacted to the crises in kaduna State, warning that southern kaduna Christians should desist from killing innocent Muslims to avoid reprisal attacks.

The body which gave the warning in a press conference on Monday in kaduna, stated that they’ve long histoy of the killings of innocent Muslims in southern kaduna by the criminal elements of the southern Kaduna Christian “backed by their failed politicians and individuals who are crisis merchants.

“The council of Imams and Ulama Kaduna state will not want to bother you with
the historical antecedents of the killings of innocent Muslims in southern
Kaduna by the criminal elements of the southern Kaduna Christian backed by
their failed politicians and individuals who are crisis merchants.

“It is pertinent to note that no person of good consciences either as a Muslim or
any religious believer will overlook the recent killings of more than one hundred
innocent and peace loving Muslims and destruction of their property and
settlements in different locations within Zangon Kataf local Government by
suspected sponsored Christians militias in the Southern part of Kaduna state
which was deliberately not reported by any media outfit including those media
houses who were mischievously propagating the reprisal attacks against the
Christians communities in Zangon Kataf now.

“The Media are known to be truthful in their investigations and balance in their
reporting, but this is however contrary to some of the Nigerian local media
today most of whom will prefer to part with the truth, justice, and good consciousness and uphold ethnic, religious sentiments and their selfish interest in reporting”, they Said.

“The Christians criminal elements of Southern Kaduna find it fascinating to
mercilessly kill indigenous Muslims neighbors at will including the passers-by
traveliing along such areas without been arrested or sanctioned by Government
or any security agents and yet cried loudly for support from their evil like minds
elsewhere.
“In most cases, the killings are been covered by those media outfit who will always preferred to change the narrative in solidarity with their faith and
ethnicity.
“The recent killings of more than 100 innocents Muslims in Zango kafaf local
government was never reported by any of such media outfit but were quickly in
reporting the reprisal attack as massacre of southern Kaduna Christians, If one may ask?

“Where is the rule of balancing of report? Right from the time of the killings till date, we have never read from any media, a condolence from or show of solidarity from any part of this country, sympathizing with the families of the slained Muslims victims who were mercilessly killed in Zango kataf earlier, that might have resulted to the reprisal attacks by unknown gun men.
“It is still fresh in our memory that more than 1000 Muslims were killed and their
property worth billions of naira were destroyed and their land confiscated
under the watch of the then Governor of Kaduna state Mr Patrick Yakowa in
which the current CAN chairman was part of the Government in 2011.
“Neither
“CAN or any organization or individual is talking of justice for these defenseless
Muslims that were massacred by the same southern Kaduna Christians.
“Even when more than three hundred innocents Muslims were killed including
women and breast feeding babies were slain by the same Christian Militias in
Kajuru between 2018 to 2020 the story was the same as no single report was
carried out from some of the so called human right journalists or activists.

“It is clear that some individuals and groups in southern Kaduna are good in
inciting and propagating violence in the area in order to make cheap popularity
and to achieve their political interest.
“Let us state it categorically clear, that unless the southern Christians restrain
from killing innocents Muslims living in the area which belongs to all of them,
there can never be lasting peace as no one has monopoly of violence”, they added.

They however is stated that, in the spirit of peaceful and cordial relationship, “this council is urging the peace loving Christians in southern Kaduna and Nigeria at large to engage the criminal elements in southern Kaduna with the view to desist the wanton
killing of their innocent Muslims neighbors for peace to rein permanently in the
area, as violence never brings development and progress in any community.
“On the part of the Government, this council still insists that the perpetrators of
the killings of peace loving Muslims in southern Kaduna must be brought to
book and punished to serve as deterrents to other intended criminal elements,
while the council is urgently waiting for the white paper committee to conclude their assignment and forward their report to the Kaduna state Government for
its necessary action and implementation.
“The security agents must be on their feet to protect the lives and property of
the peace loving citizens of Nigeria without being bias.
“This council urges Muslim to resolve any conflict through non violent while they pray for permanent peace in all part of Nigeria, particularly in the
North where the enemies from within and outside the country are working means towards its destruction”, the group added, and condole with the family of the victims of the concurrent crisis in the southern part of Kaduna state and pray to Allah for a lasting peace. End