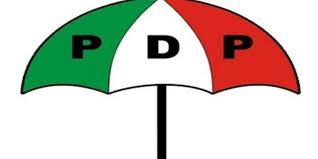 Members of the People’s Democratic Party’s, PDP, Kaduna state who contested the just concluded State party elections and lost have been advised to Join hand with the newly elected officials for the development and progress of the party in the state and Nigeria in general.

The out going state caretaker committee chairman of the PDP Hon. Bashir Tenimu Dutsema made the appeal during a handing over specch on Tuesday in kaduna at the party Secretariat.
He said “i am calling all our Party’s members especially those who contested
but lost to kindly join hands together for the development of the Party not only in Kaduna State but to Nigeria at large.
Congratulations once more!
May Allah (SWT) be your guidance in the discharge of your duties.

“Sequel to the successful conduct of Kaduna State Congress last Saturday,
19th day of September, 2020, I am delivering a message of unity and strength to you and this message is deeply from my heart.
“My fellow Party members, today, a new chapter of our Party’s greatness is now
beginning with a new surge of optimism. What we are witnessing today is
the renewal of our Party’s good spirit to be the people’s choice and has also proved that the Party (PDP) is now ready more than ever before to live strong.

“These elections ,no doubt, produced legitimate Party Executives with full
of experience and hard work dedicated to the success of our Party in all ramifications.

“Mr. Chairman and members of the newly elected Party officials, you will
now be the leadership of PDP in Kaduna state for the next four (4) years’, he stated.
Responding the newly Chairman Hon Felix Hassan Hyet said the party should more united than ever before and ready to take over tje power from the ruling party.
He said he’ll reach out to aggrieved members of the party go unity and to be prepared especially as local government election time is fast approaching, there is no Victor or vanguish of the election.. End
Use picture in your WhatsApp pls