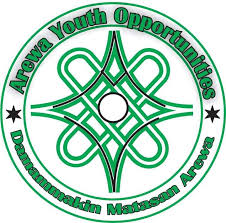 All Northern Civil Society groups, NGOs and other youths’ groups held a roundtable meeting in Kaduna and resolved that a parallel body be formed to carry out future autonomous actions against impunity and government harsh policies compromised by NLC and TUC leadership.

The meeting also resolved that all the affiliating groups and Coalition of Northern Group, CNG, officials should commence mass grassroot mobilization and sensitization, while awaiting the outcome of the adjourned labour and government meeting in the next few days.
The meeting convened under the auspices of Coalition of Northern Groups (CNG), passed vote of confidence on the leadership of NLC, TUC and all the elected representatives in country, describing them as incompetent sole negotiator with government on issues that negatively affect the general population.

The meeting, in a resolution signed by the spokesperson of CNG, Abdul-Azeez Suleiman, yesterday, expressed serious regret and concern by the “apparent failure of elected representatives at all levels of governance to effectively administer and manage people and resources.

CNG also expressed concerned that “critical decisions are no longer undertaken by the right people in society, at the right time to deal with the multiple challenges facing the Nigerian masses particularly Northern Nigeria.
“These hardships were recently exercabated by the introduction of a regime of harsh economic policies that include indiscriminate hikes in pump prices of fuel and electricity tariff by the federal governnent.

“Typically, the leadership of the NLC and TUC entrusted with the management of a planned national action to force reversal of these policies inadvertently bungled the opportunity, compromised and entered into a warped agreement with governnent at the expense of general public.

“Against this background, the CNG in its usual resolve to confront and profer strategic solutions to these challenges, convened an All Northern Nigerian Civil Society/NGOs roundtable that reviewed essentially the competence of the present set of leaders of workers unions and elected representatives to guarantee the wellbeing of the mass population.

“About 200 different northern Nigerian associations that cut across, gender, class, religion and ethnicity accepted to support CNG’s agenda setting in this regard and arrived at strategic recommendations”, it stated.
The meeting observed among other things, that Northern Nigeria is now rendered virtually debased in view of its multidimensional problems, degeneration and loss of its values, created over the years by its own society and bad leadership.
It also observed that the North is at present witnessing an exponential decline in its core value system, socio-economic and political capacity that hitherto bestowed it with its global relevance for multiple reasons.
It noted that, “Whereas with its abundant human and natural resources such as agriculture, trade and human intellectual capacity”, bad governance appeared to be among the reasons bringing about myriads of challenges of insecurity, education, socio-economic and political, making the region vulnerable and near total collapse and degeneration, saying the Northern Nigeria has a great potential to excel as a region.

It declared NLC, TUC incompetent as sole negotiator with government issues that affect the general population. and resolved to communicate the findings of the toundtable in writing to the leadership of the labour union.

It also resolved and agreed that a more viable, confident and unified platform should be formed to carry out future autonomous actions against this ànd further impunity by government, and set up a committee with the mandate of designing modalities for the creation and locating the new platform in the prevailing circumstance.
The meeting also agreed that all the affiliating groups and CNG officials should commence mass grassroot mobilization and sensitization, while awaiting the outcome of the adjourned labour/government meeting in the next few days. End