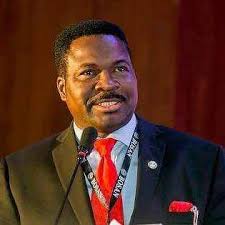 Is Nigeria not being abducted by Boko Haram, bandits, herders, kidnappers, armed robbers and terrorists? The scenario is frightening and heart-rending. Let us see.

CHIBOK, BORNO STATE, 14TH – 15TH APRIL, 2014. – 276 school girls abducted by dreaded Boko Haram insurgents. Former president Goodluck Jonathan was almost roasted alive. The present government’s leading lights harped on it. The then candidate Buhari of APC and other APC stalwarts salivated over the fatal blow to GEJ’s presidency by this singular unfortunate incident. 112 so far released on payment of undisclosed huge ransom. Fast forward. Buhari clinched power and was sworn in on May 29, 2015, with the most outstanding campaign promise (aside revamping the economy and killing corruption), being to lead from the front (as a retired former military Head of State); and crush Boko Haram. Nigerians believed him. After all, he fought at the war front during the three year bloody Nigerian-Biafran civil war.

However, let us see Buhari’s ugly tale of the tape: Dapchi, Yobe state. 110 school girls abducted on February 19, 2018. 110 have been released on huge ransom (the exact amount of which the Buhari government has refused to tell us till date). 6 are still held, including beautiful Leah Sharibu, who refused to recant his Christian faith.

Kankara, Katsina state; 340 school children abducted in December, 2020, by about 100 Boko Haram bandits riding motocycles. They were all released after payment of huge sums (amount not disclosed till date by an ever opaque government). Big business. More lucrative than citing industries or setting up banks. Dangote that goes to bank to take huge loans to remain the forbes richest man in Africa will no doubt be envious and green with envy.

Kagara, Niger state. 42 people, which included 27 students, 3 staff of Government Science Secondary School and 12 of their family members abducted. Then, only yesterday, Zamfara State Government Girls Secondary School, Jangebe, was their next port of call. About 315 of the 500 boarded students were abducted. Governor Bello Matawalle who has so far done excellently well on security matters, and in pushing back armed bandits, is optimistic they would be released without ransom.

A common thread and trend: Girls schools are targeted. Weaker vessels. Not boys’ schools! Huge sums demanded as ransom. Payment made. Girls (not all) suddenly released. Bandits and Boko Haram smile to their hides out. They purchase more weapons. They wait a while. Strike again. Circle repeats itself. No Federal Government in sight. Oh, it is in sight – but only in boasting that it will fish out the bandits and stop further re-ocurrence. That is the end. How many students so far abducted? 276 under Jonathan. 807 under Buhari. Over 1000. This country is in a complete mess. Worse than ever before. So, when will Nigeria be finally abducted?