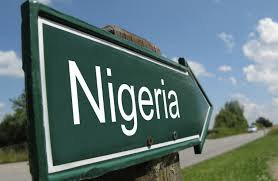 By Christie’s action and some peoples buy-in to it, the Republican electorate and indeed the whole nation lost what Rubio was saying. Thinking about the situation in Nigeria in the recent times, I recall that debate event and what Rubio actually said and how the awakening to that buried statement can help Nigerians to understand what is happening under President Buhari and how they can overcome the challenges of the moment. On the other hand, they can choose to play the Christie-game and reap the harvest enfolded in the present looming clouds.

According to him many of his colleagues saw Obama as ignorant and naïve thereby leading the country to precipice. To this, Senator Rubio alerted his colleagues to perish such thoughts for according to him President Obama knew what he is doing and is strategically pursuing his agenda of gradually transforming America into something different from what the founding fathers conceived—and this work is not aimed at fact-checking that statement; but only what it was intended to communicate. Following that summation, Rubio argued that the (then) coming USA election was a time to reverse course else they will soon wake up in a country they will not be able to recognize.

Why do I recall that incident and what it cost the American people vis-à-vis the present challenges in the Nigerian of today? I do so because there are some whose commentary on the issues of the moment with regards to insecurity and the activities of the so called bandits, the AK-47 herders, the unknown gunmen, and other separatist movements; have simply blamed them on the cluelessness of President Buhari. Some have even argued that the APC was drunk with the quest for power, at all costs, without planning on the art of governance. Others have spoken of the “APC Corruption Inc., where there exists a baptismal-font that cleanses every corrupt person who comes to their bathe. Some even think that Buhari was a quota Army General who cannot act like his late Chadian counterpart to flush out miscreant-jihadists from the country.

There are those, also, who think that his emptiness are seen when he stands besides other world leaders and how that emptiness is responsible for his hiding from Nigerians in the midst of everything happening in the country—and at worst that the real Buhari is either very sick or dead long time ago. And, you know what? The list of accusations can be endless but they are summarized as his cluelessness as a leader of a nation that parades the best in Africa.

He subsequently licked his wounds humbly, while bidding for luck to smile his way. That came under Abacha who made him the director of Petroleum Trust Fund (PTF) where he made sure he got the executive powers to now pursue an agenda dear to his heart. A look at the PTF project files, can tell the things that were done, where they were done, and who were the greatest beneficiaries of them. And with the time of the demise of his man Abacha, he had built up a considerable political war-chest in money and acolytes to throw his hat into presidential politics—the scene he did not leave for about twelve years until the Jega arithmetic and GEJ resolve not to spill the blood of any Nigerian for his pollical gain brought smile to him.

If you don’t do this now you will wake up in no distant time in a Nigeria you cannot recognize. So please bury all hatchet to rescue the country from the dangerous and  precipitous path that it is on. Else how do you explain the kidnapping that kept Leah Sharibu up until now? What are her captors asking for that cannot be met by a system that deploys different ransom apparatus?

How do you explain the final outcome of the Chibok crisis outside the camera lights of hot news gathering? Are those kids not citizens whose welfare should concern every leadership and are they not the children of tax-paying citizens? How do you explain the shadow negotiations with bandits who broke down the barriers of the country’s territorial integrity by hoisting their flags while mounting serious military campaign against others who are exploring their rights to renegotiate through a peaceful divorce from Nigeria or at worse through the process of a referendum?

How can you explain a situation where the “Mother of the Country” is virtually living in a foreign land whereas the children of the country are left without safety whether at home, in their schools and on the streets? I mean the list is endless, and they are not fun to know or watch.

The points enumerated here are not novel to every true observer of the events in Nigeria. No, many have even presented it better. The contributions of this piece are two: that all may know that what is happening in Nigeria is the gospel (bad news) according to Buhari; and that citizens will need to come together to stop the drain.

Truly there are many in active politics who know this but are thinking that they can strategically change the narrative when they take over. This work advises people in this bracket to forget a time they will take over because if this agenda is left to complete its course there will not be a recognizable Nigeria to take over.

This is no call to arms struggle because the institutions of coercion are dangerously skewed against any who chooses that path. But if only the Southern States, who have some semblance of geographical and ideological homogeneity can resolve not to participate in any future elections in Nigeria until some restructuring of the polity is done, chief of which will be the approval of State Policing, I can assure you the madness will plummet.

Moreover, if the people and ancestral gods of any state chooses not to permit any of her sons and daughters to participate in the Federal Congressional Elections they would have, by that action, seceded from the bigger Nigeria without firing a shot—after all there is no provision for the central government to appoint legislators for such a state. Come to think of it, since the coming of democratic rule in Nigeria, the mantra has continued to be that the country is not mature for state policing, that the governors will use them against their political opponents in the states, that states will be incapable of funding it, etc. Good questions.

But what parameters have been laid as measures that the institution is on the path of maturity and how long will it take to get there? Does the Federal government in charge of the present police formations not using the institution as it is today against her opposition? Why can’t the fund applied now to sustain a federal police be included in the state sharing of the national cake?Nigerians should wake up and rescue their country because no external power can do so for you.

This is because international politics is not played on the board of charity but on that of interest. Paraphrasing the idea of Mr. Peter Obi during that Vice presidential debate, this is no time to leave your store in pursuit of someone who took your stuff to run away. Please gather yourselves to secure your store, think home, think about the future you want to bequeath to the next generation, and pray for the grace of God to rebuild to His greater glory.