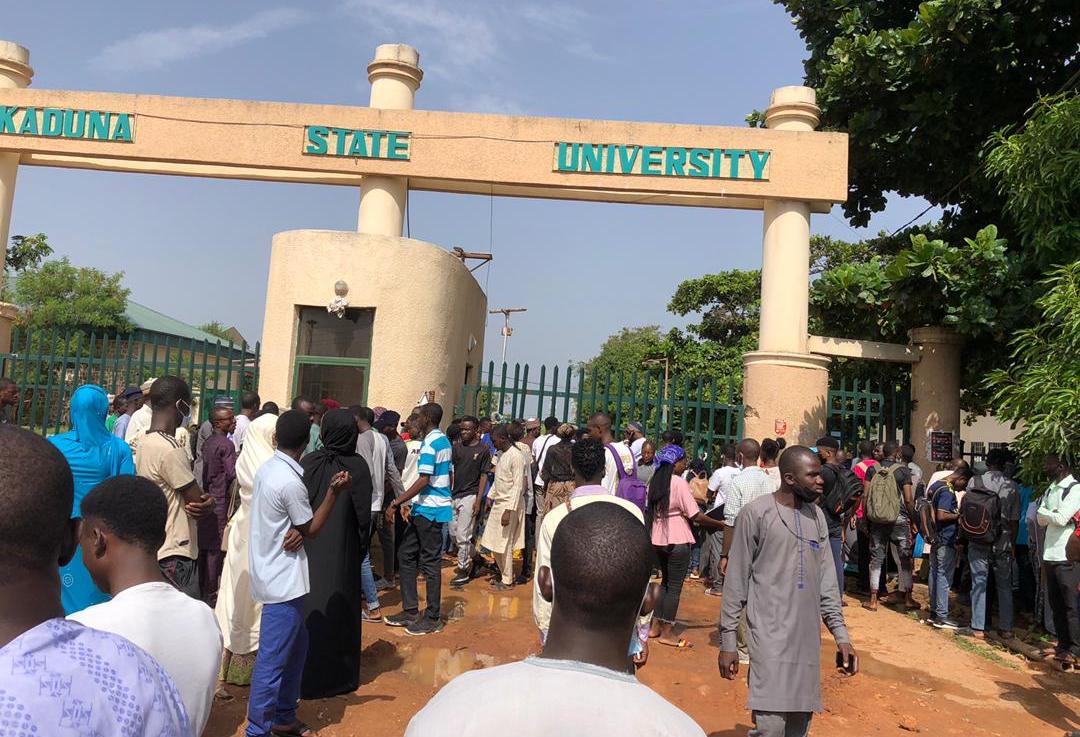 The management of Kaduna State University (KASU) has denied media reports especially social media, of the alleged shutting down of the institutions.
Some Students of the varsity reportedly gathered to stage a protest in the early hours of Monday over refusal of the state government to heed to appeals to revert the 500 percent increase on tuition fees.
But official statement signed by Public relations officer (PRO) of the institutions Mr Adamu Nuhu Bargo urged the staffs, students and generally public to regard the news of shutting down of the University, describing it as fake, which prompted the alleged shutdown..
Earlier, there were social media reports that the institutions was shut down by the management die to planned protest.
“The Management of Kaduna State University wishes to inform Staff, Students and the general public to ignore the news being spread in the social media space regarding shutting down of the University.
“It is fake news in it’s entirety as well as the handiwork of mischief makers. Academic activities are in progress.
Management urge everyone to carry on with their legimate endeavours as it is partnering with security agencies in the State to ensure the safety of all and sundry.