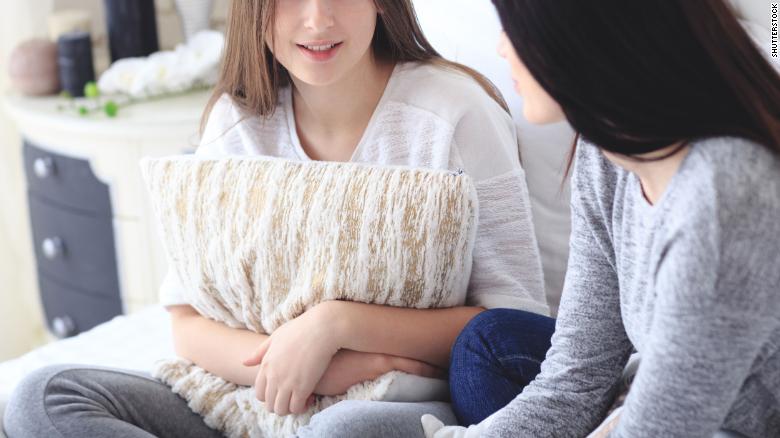 The long journey of adolescence becomes more manageable for all parties when we see it as slow and unique to each person.

Grown-ups tend to recall their adolescence as a highlight reel (or maybe, in some cases, it’s a lowlight reel): the first leg or face shave, the first kiss, the first bra, the first ejaculation or menstruation, and the first time you walked into a room and were treated like an adult. It can flip quickly through our brains, a series of events — part humiliating, part liberating — accounting for one of our greatest stages of metamorphosis. Perhaps it’s the trauma that has compressed the experience. Or maybe it is that, once the final product — our adult selves — is realized, it is hard to trace it back to the starting point.

But for those going through it, adolescence is a long journey, beginning far before we might anticipate it and ending long after. And the variability from kid to kid is enormous. It’s possible for a group of friends to collectively spend close to 15 years in adolescence, with an early bloomer beginning at age 8 and a late one not wrapping things up until their early 20s, said Dr. Richard J. Chung, an adolescent medicine specialist at Duke Health.

This long journey of adolescence becomes more manageable for all parties when we see it as slow and unique to each person. This helps parents and caregivers know when to worry and when to relax, when to explain and when to stay quiet, and when to hold tight and when to let go.

Some kids begin puberty in late elementary school. Girls can start as early as 8 and boys as early as 9, and anything before those ages is considered “precocious puberty” in both cases, Chung said. Other kids begin puberty as late as high school. For girls, the latest age tends to be around 13, and for boys it’s 14. The whole process can take between two and five years, though psychological maturity can take longer.

For boys, the first sign is testicular enlargement, which is gradual, said Chung. With girls, the first sign is what doctors call “breast budding” or small bumps under the nipple. Both of these are triggered by hormones, and are followed by a series of physical, emotional and cognitive changes, including body hair growth, as well as changes in muscle and fat mass. Two of the most notable milestones are the beginning of menstruation, or menarche, in girls and the beginning of sperm production, or spermarche, with boys. Chung said parents may be inclined to attribute their children’s psychological changes to the hormones causing these physical changes, but the relationship isn’t always clear cut.

Big feelings are normal. How to help tweens and teens handle them

“We may try to draw a direct linkage between hormonal changes and shifting moods during this time of life, but there is not some pristine correlation. There are a lot of reasons that young people might start to act differently that are unrelated to hormonal differences,” he said.”It’s tempting for a parent to try to parse everything, but the main message is that it’s complicated. Not only the physical and hormonal piece, but also the social, emotional and broader neurological developmental progression.”There’s a lot going on, and there’s not a one-size-fits-all road map. Puberty unfolds very differently for each person, which is likely evident to anyone who’s ever seen an eighth-grade class photo. There are women among girls, men among boys, and non-binary adults among others who scan as kids.”There is generally a particular process, including when it starts, how the sequence progresses, but there are also a lot of variations on the theme,” Chung said.”We talk a lot with parents and young people about that, because often they will Google and find something isn’t going by the script and it can cause a lot of anxiety,” he said. “For the most part it is a variation of the typical experience.”Chung wants parents to help their children move past the mindset of typical or normal vs. atypical and abnormal. That said, he doesn’t want them to hesitate to mention any concerns to their doctor, who could help confirm that there aren’t, in fact, any problems.

Why I didn’t become a gymnastics mom

He also wants parents to make sure their kids feel comfortable discussing any changes to their bodies with them. This can happen by giving kids a sense of the changes that will happen before they set in motion, as well as by making room for any concerns while puberty is in process. These mini-biology lessons will help them make sense of their experience.It’s far more common for parents to have a menstruation talk with girls than discuss sperm production with boys, Chung said. Consequently, boys might be more inclined to feel shame about ejaculations than girls do about their periods.”Pediatricians and other child health professionals need to do a better job with (talking about spermarche), really partnering with parents and other people and having this be part of your conversation, and normalizing all these dramatic physical changes,” he said. “Also, it’s important to disentangle it from conversations about sexuality.”While there is a clear relationship between ejaculations and sex, the two don’t necessarily overlap for boys going through puberty. Chung said keeping these conversations separate can help reduce the stigma around it.

During puberty, nobody feels normal. Early bloomers, later bloomers, middle bloomers — it doesn’t matter. It’s a time of feeling like you don’t belong; like you, and only you, are a little bit weird.For girl early bloomers, be aware of the way they can be sexualized by the people around them, adults included, said Dr. Jess Shatkin, vice chair for education and professor of child and adolescent psychiatry at the Child Study Center at Hassenfeld Children’s Hospital at NYU Langone Health.”Even though girls mature more quickly, they are often not ready for (sexualization). And that can hurt their self-esteem, as they start seeing themselves as objects. By around seventh or eighth grade, they might start to dumb themselves down and pull back on science and math, as they don’t think that is their place,” said Shatkin, the author of “Born to Be Wild: Why Teens Take Risks, and How We Can Help Keep Them Safe.”

Your tweens and teens are lonely — and they want your help, this expert says

For boys who mature early, Shatkin added, parents should remember that this will make them more inclined to risky behavior at a younger age than their peers. Evolutionary speaking, this makes sense. This is how humans, particularly men, established their role at the top of the social hierarchy for much of human history when we hunted for food and lived off the land. Survival demanded risk.Shatkin said that the fact that your kid matures early or late on its own does not necessarily mean you need to worry about their emotional state or seek out professional psychological help.”Not everyone needs a psychiatrist or therapist. Kids can traverse it well with good supportive family and friends,” he said. “Talk to your kids, and it’s not just one conversation, and ask them how they are doing.””Remind them that this isn’t something they have to nail. It is a huge and broad range of human experience.”

Adolescence is filled with ups and downs. These could be of concern when they come along with abrupt behavior changes, Shatkin said. If kids suddenly sleep more or less, are anxious, depressed, appear to be using drugs, grades drop, or have fallen out with all their friends, then the red flag has been raised. This is a good time to ask questions and possibly seek professional help.For the more common upheavals, like fights with friends or a struggle with a coach, parents should offer support, but not solutions. “Have curiosity, but don’t clean up their mess,” Shatkin said. “What confuses some parents is they see their role as a friend and a protector. But you are not there to make your kids happy all the time.”

Sometimes, when they aren’t up for talking — and there will be moments when they aren’t up for talking — support might just mean making space and time to be together. Share some cookies, take a walk. It doesn’t matter. The company alone can help. “When you don’t know what to say, it is always good to just be there and listen,” Shatkin said.Correction: This story has been updated to correct the definition of precocious puberty. (Copied from CNN)